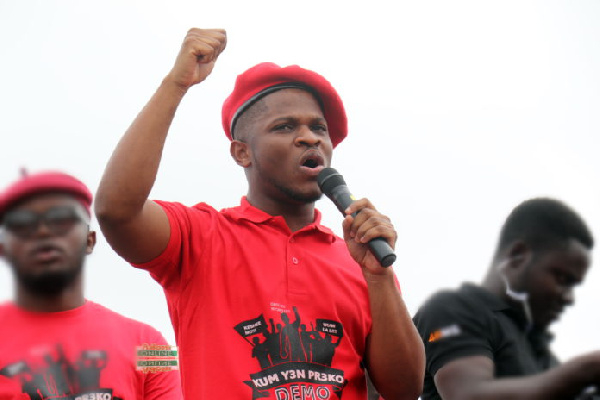 Sammy Gyamfi said his party and some other opposition parties who oppose the compilation of a new register will intensify their protests.

He said they will occupy the EC’s offices and also stage a demonstration in Accra on a date that will be announced. Legal action against the electoral management body is also being considered, he noted.

Mr Gyamfi’s declaration is a sharp deviation from what the National Chairman of the NDC said on Tuesday after a demonstration in Kumasi for the same purpose.

Samuel Ofosu-Ampofo said in the light of upcoming deliberations, the Inter-Party Resistance Against New Voters’ Register will suspend its protests.

Citing the Eminent Advisory Committee the EC put together to advise it, Mr Ofosu-Ampofo said the NDC and its allies in the coalition respect the constituents of the committee and will, therefore, wait on their advice.

However, the EC said on Thursday it is going ahead to compile the new register from April 18 to May 30, 2020.

The meeting with stakeholders is to explain to them the reasoning behind their decision, Director in Charge Of Electoral Services, Dr, Serebour Quaicoe said.

Reacting to this, Sammy Gyamfi said the EC will fail in its course because the coalition would not allow it to spend monies on a new register which is “needless.”

The EC, however, maintains the current register is not fit for purpose and a new one, with enhanced security features and up to date technology would deliver a credible election in December.

DISCLAIMER: The Views, Comments, Opinions, Contributions and Statements made by Readers and Contributors on this platform do not necessarily represent the views or policy of Multimedia Group Limited.
Tags:
Electoral Commission
NDC
New Voters Register
Protests
Sammy Gyamfi