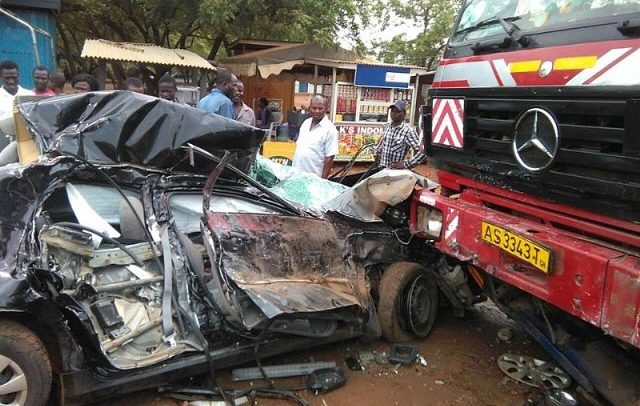 The Western Regional Director of the National Road Safety Authority (NRSA), Nana Akua Ansah, has announced that 20 persons died in January 2021 through road crashes in the Western Region.

According to her, in 2020 during the same period a total of fourteen deaths were recorded through road crashes.

She said out of the 20 persons who died, 18 were males and two females.

Nana Ansah said 155 road accidents were recorded in the month of January 2021 alone.

The Regional Director who made this known in an interview with the Ghana News Agency, indicated that fifty-seven commercial vehicles were involved in the accidents, with a total of forty-one motorcycles also recording accidents as against 44 in 2020.

She said some 47 private vehicles were involved in various forms of accidents in January 2021 as against 72 in 2020.

Additionally, she stated that the Authority recorded 31 fatal cases of road accidents in 2021 as against 39 last year.

Nana Ansah indicated that in January alone a total of 57 commercial cars were involved in road accidents as against 82 last year at the same period.

Mrs Ansah therefore advised drivers and other road users to abide by the road safety rules when using the roads.

Subsequently, she noted that the majority of the accidents recorded were largely blamed on drivers and stressed that road crashes could only be reduced when drivers were cautious on the road.

DISCLAIMER: The Views, Comments, Opinions, Contributions and Statements made by Readers and Contributors on this platform do not necessarily represent the views or policy of Multimedia Group Limited.
Tags:
National Road Safety Authority
Road Accident
Western Region