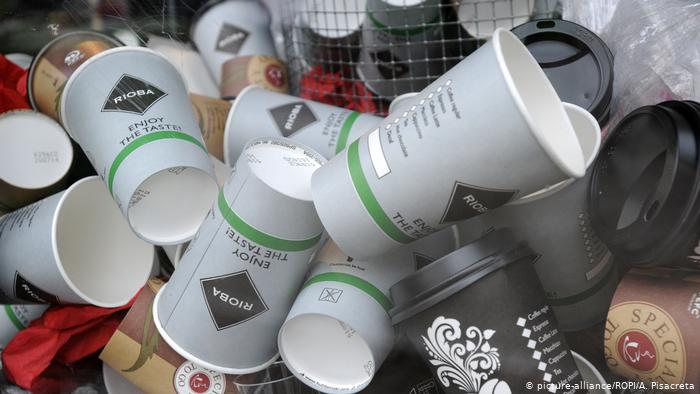 Environment Minister Svenja Schulze and Germany’s 1,500 local body utilities insisted Thursday the future bills should be paid by suppliers whose throwaways end up quickly littering the landscape or in communal trash bins.

It was “only fair, that we disburden citizens and in turn ask the one-way manufacturers to front up on costs,” Schulze told a Berlin press briefing.

In reaction, Germany’s BVE foodstuffs federation acknowledged the EU’s waste recycling strategy, including a 2019 directive against single-use plastics, but said it was “no free ticket” for local bodies to then present “extensive” financial demands.

Michael Ebling, who is president of the German Association of Local Utilities (VKU) and mayor of the city of Mainz, said the association’s study showed that one-way plastics made up a fifth of Germany’s total waste collected on streets and in parks.

“Making manufacturers of certain disposable products financially responsible for the consequences of their environmentally damaging business models is an important step towards greater equity in the distribution of costs,” said Ebling.

And, the solution was not replacing plastic with paper receptacles, Schulze said. “The alternative must be recycling.”

Against charging manufacturers, Germany’s opposition pro-business liberal Free Democrats (FDP) said the method instead should be rigorous imposition of fines.

“We must above all take to task those incorrigible environmental offenders who do not dispose of their waste properly and throw it into the environment,” said Judith Skudelny, parliamentary FDP environmental policy spokeswoman.

The VKU study, based on surveys in 20 German cities, showed that communal rubbish services collected, per resident, per year, nearly 140 liters of street and parklands garbage that had landed in public trash bins, on roads, or in grass or bushes.

Collecting it and disposing of it cost communal authorities in total €700 million ($834 million) per year, or €8.30 per head of population.

Some 22% of the street and park collected was one-way plastic, including cigarette butts, and packaging. Metal, glass and paper packaging made up a further 17%.

Much of the remaining waste was plant material, sand, grit, waste foodstuffs and dog droppings.

Chief executive of Germany’s Städtetag Association of German Cities, Gerd Landsberg told German SWR public broadcasting: “We have more and more disposable items in some cities, a real trash inundation in parks and on public streets.” Suppliers of one-use items must contribute to the clean-up, he said.

The EU commission’s stated target for municipal waste by 2030 is 65% recycling.

The latest figures from the federal UBA environment agency indicate that Germany’s total waste volume in 2018 was 417 million tons, including waste from industry.

That represents an 11-percent decline on 2000, mainly due to reductions in construction and demolition waste.