You'll be president again; walk your 'all die be die' talk - Nigel Gaisie to Mahama - MyJoyOnline.com

You’ll be president again; walk your ‘all die be die’ talk – Nigel Gaisie to Mahama 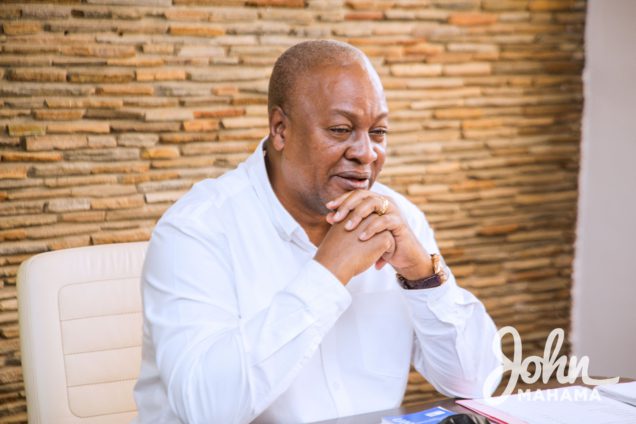 Founder and leader of the Prophetic Hill Chapel, Prophet Nigel Gaisie, has prophesied that former President John Mahama will be elected as Ghana’s president.

Even though he didn’t disclose when this will happen, he charged Mahama to be “bold” until the time God shows him mercy.

Disclosing the prophecy on his Facebook page on Monday, Mr Gaisie urged Mahama to open his eyes and forgive all those who have offended and those who’ll hurt him in the days to come.

In a list of nine enumerated prophecies and words of advice, he further admonished Mahama to make good his ‘all die be’ slogan, by manifesting it in deeds, and not in words alone.

According to the prophet, Mr Mahama’s opponents do not appreciate diplomacy and calmness, and therefore even though Mahama should strive to maintain his disposition as a father to all, he should be ‘ruthless’ in political endeavours.

Nigel Gaisie further told the NDC’s 2020 flagbearer to tighten his personal security, as well as that of his 2020 running mate, Professor Jane Naana Opoku-Agyemang. In his words, Mahama must ‘consider this very important amongst the rest, Sir’.

While some have greeted Nigel Gaisie’s comments with excitement, others have questioned his credibility, accusing him of using his trade as a prophet to fan political propaganda.

Meanwhile, former President John Dramani Mahama, who turned 63 on Monday, has received tons of wishes from hundreds of friends, well-wishers and sympathisers of the NDC, who have taken to social media to extol his leadership, and wish him well in subsequent endeavours.

Mahama’s spokesperson, Joyce Bawa Mogtari, who celebrated the former President on her Facebook page, said, “Permit me to celebrate a great and inspiring gentleman, a great man who is noble in deed, courageous and humble. John Dramani Mahama! Happy 63rd birthday, sir.

“He is a deeply passionate and sincere individual. A man who epitomises generosity and magnanimity, calm, peaceful and tolerant. My boss, God bless and keep you today and always! I wish you the very best of everything on this day, joy, good health and long life. May the coming years be kind to you. Have a fabulous day!!”