2 kids burnt to death at Moshie Zongo in Kumasi 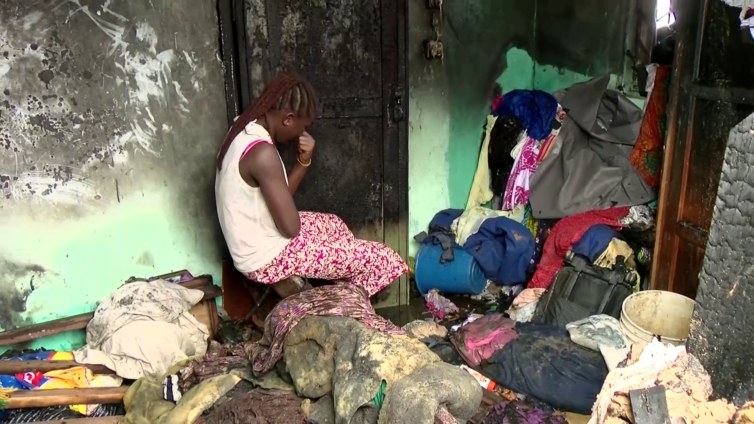 Two children have been burnt to death while sleeping in a room gutted by fire at Moshie Zongo in Kumasi.

Two-year-old Atahire Alahadan and Salamatu Alahadan, eight months old, died when they were caught in the fire while their parents were out of the house.

The two siblings belonged to a family of eight.

According to eyewitnesses, the fire started around 8 am Tuesday in a chamber and hall apartment at a compound house at Moshie Zongo.

Father of the deceased, Hafix Alahadan, says he tried to rescue his kids but the excessive heat prevented him.

A young man who went to rescue the kids but found them burnt to death spoke to Nhyira News.

Some furious residents allege the fire started from a wiring exercise for installation of new ECG meters in the community.

The community members drove out fire fighters for late arrival to the scene.  The police at Tafo conveyed remains of the deceased to the morgue.