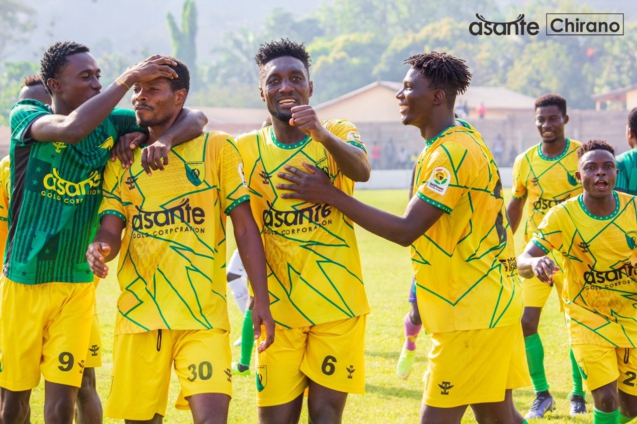 The 2022/23 betPawa Premier League resumed on Monday, December 19, following a break due to the 2022 FIFA World Cup, which came to an end on Sunday.

Lions, who occupied the second spot prior to the break, conceded in the 11th minute of the game against Samartex with Giyasu Ibrahim opening the score.

The home side rallied back and found the equaliser just before the halftime break as Hagan Frimpong hit the back of the net.

Despite the second half fight, there was no goal to separate the two teams as they shared the points.

The win also sees Michael Osei’s side climb to the top of the league table, having played a game more.

They are levelled on points with Aduana Stars and Accra Lions, who also have 16 points while Asante Kotoko occupy the 4th position with 14 points.

On Tuesday, December 20, Hearts of Oak will face Nsoatreman away from home, with Great Olympics also playing host to Aduana Stars.