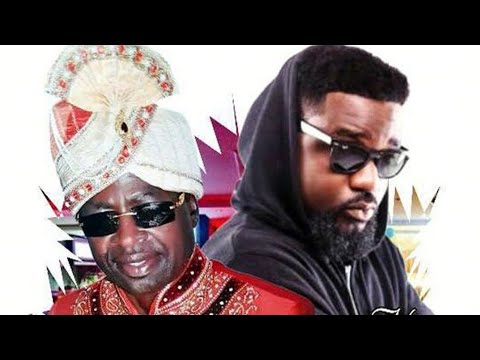 Speaking on Joy FM’s Super Morning Show on Thursday, he stated that he is coming up with a collaboration with Sarkodie, “which will soon be released.”

“It’s a nice, beautiful music which will be out soon,” he said.

However, little can be said with regards to collaborations, especially with local artistes.

Asked by host Winston Amoah why the change of mind, he explained that Sarkodie was his preferred choice because “he is someone everyone wants to listen to.”

The ace highlife musician has over 20 albums to his credit and has experimented with different genres; soca, calypso, lovers rock, and pop music. He has headlined so many concerts locally and internationally.

He began his career in 1973 when he joined the Kumapim Royals as a composer and vocalist. This band, led by Akwasi Ampofo Agyei (AAA), had hits such as “Abebi Bewua Eso”, “Wanware Me A”, “Odo Mani Agyina”, and the seminal “Ohohoo Batani”. After that, Dede moved to Nigeria, where he had his hit “Jealousy go shame.”

He then formed his own band, the Apollo High Kings, in 1980. He dominated the highlife scene in the 1980s and 1990s and has continued to have hit songs in the 21st century.

He has headlined so many concerts locally and internationally.

In 2018, Amakye Dede was installed as a Chief [Okredom I] by the Omanhene of Asante Akyem Agogo, Nana Kwame Akuoko Sarpong.

DISCLAIMER: The Views, Comments, Opinions, Contributions and Statements made by Readers and Contributors on this platform do not necessarily represent the views or policy of Multimedia Group Limited.
Tags:
Amakye Dede
Highlife
Sarkodie
Super Morning Show