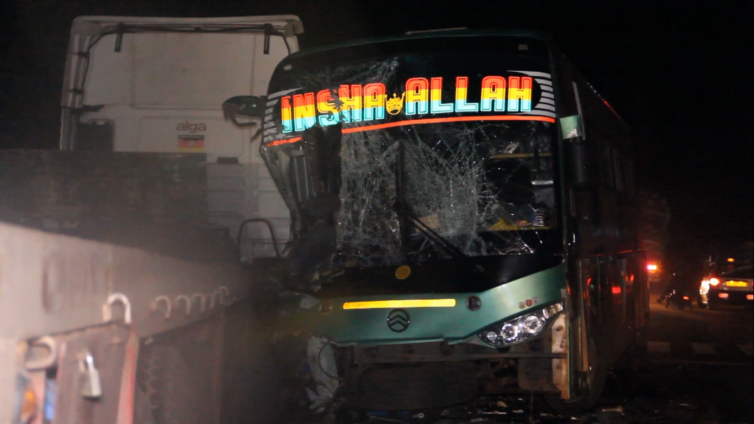 The Motor Traffic and Transport Department (MTTD) says an average of 2 people die every day from road traffic crashes in the Ashanti Region.

Speaking at the inauguration office of the Driver and Vehicle License Authority (DVLA) in Effiduase on Wednesday, the Ashanti Regional police commander, Superintendent Adu Boahene indicated that the rapid increase in the number of crashes and fatality rate is alarming.

According to him, this can be attributed mainly to drivers’ indiscipline and the lack of adherence to road traffic regulations.

“The danger is that at least 2 people die from these crashes within the region every day and the factors causing these crashes are driver’s indiscipline”.

“There are road laws and road traffic regulations, they do not abide by these things,” he added.

“We have been advising and educating them that it is prudent to put the helmet on to avoid head injury in case of a crash.”

The Board Chairman of the DVLA, Frank David during the inauguration service said the new offices planted across the country are critical to addressing issues related to DVLA office.

He also mentioned that the inaugurated DVLA office will help applicants access licensing services in less than 30 minutes.

DISCLAIMER: The Views, Comments, Opinions, Contributions and Statements made by Readers and Contributors on this platform do not necessarily represent the views or policy of Multimedia Group Limited.
Tags:
Ashanti Region
MTTD