Ashgold vs Inter Allies: All you need to know about the alleged match fixing scandal 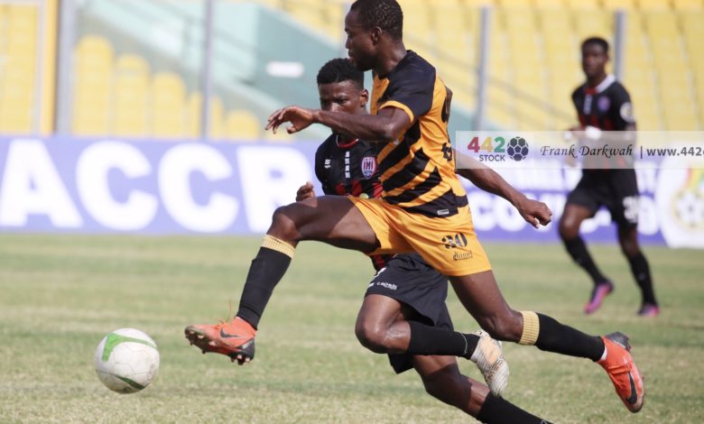 The Ghana Football Association (GFA) has officially started investigations on the matchday 34 game played between AshantiGold SC and Inter Allies at the Len Clay stadium at Obuasi on Saturday.

The Compliance & Integrity Officer and the GFA Prosecutors will lead the “sporting” investigations by the GFA.

The GFA also stated they will lodge a complaint on the match with the Criminal Investigation Department (CID) of the Ghana Police Service and the Ghana wing of Interpol for the criminal investigation of the game.

The Association has asked the two clubs including technical members and players to immediately submit statements.

The GFA has urged any member of the public, the media, players, technical team members to also send any evidence or information whatsoever connected to the match (a statement, video, audio etc) to assist the investigations through the GFA integrity Hotline and email.

Inter Allies who had already been relegated were beaten 7-0 by AshGold at the Len Clay stadium on Saturday.

The Miners dominated the game from start to end, racing into a three goal lead in the first half.

Amos Addai was on target for the Obuasi-based club and his goal was sandwiched by a brace from Opoku Agyemang.

Addai increased AshGold’s lead five minutes after the break before Agyemang completed his hat-trick with 13 minutes to play.

However, the game took a strange turn when second half substitute Hashmin Musah scored two own goals which looked quite deliberate.

The two own goals were four minutes apart with no pressure on Musah.

Videos of Musah’s goal emerged on social media Monday morning which has led to national discussions about match fixing.

What has been said so far

The Inter Allies defender, Musah, spoke to Kumasi FM and admitted he heard plans of match fixing before the game.

“After they scored the first five goals, Ashanti Gold were relaxed and not tackling us hence I decided to score an own goal and make sure the bet doesn’t go through,” he added.

Musah said his bizarre move was well received by the Inter Allies team.

“I promised my coach that if he allows me to play from the bench, I will spoil the bet. After the game the technical team congratulated me.”

Both clubs have released statements on the issue disassociating themselves from any match fixing scandal.

“The attention of the management of Inter Allies Football Club has been drawn to a video in circulation concerning the Ghana Premier League game between the Club and Ashanti Gold SC at the Len Clay Stadium on 18th July, 2021.

The Management condemns any such conduct and activity that compromises the integrity of the game.

Without any prejudice to Ghana Football Association’s investigation, the Management of the Club has instituted an internal inquiry headed by Paul Parker Atitsogbui Esq to look into the matter and advise management accordingly.

We wish to state that any official or player found culpable of having played any role in the said matter shall be reported to the Ghana Football Association for appropriate sanctions.”