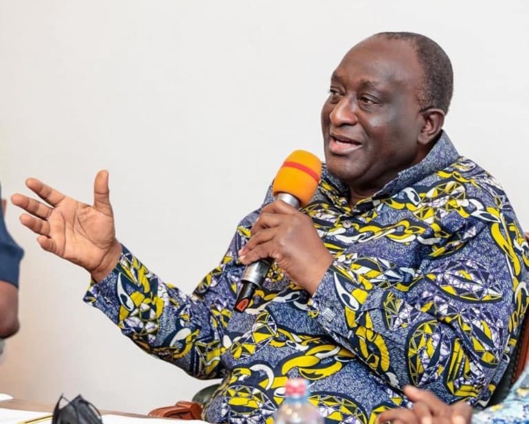 Six years after the successful implementation of the government’s flagship program, One District One Factory, under the leadership of the Trade Minister, John Alan Kwadwo Kyerematen, about 175 factories are currently operating in the country.

Mr. Kyerematen spearheaded the ambitious industrialization policy with a mindset of creating jobs, increasing incomes while reducing unemployment among the youth of the country.

President Akufo-Addo in 2018 launched the initiative and put in charge one of Ghana’s finest trade experts, Mr. Kyerematen, to ensure the implementation of the program.

There is no doubt that the initiative is one of the polices that secured a landslide victory for President Akufo-Addo in the 2016 general elections with a record 53.8 percent.

As ambitious as the program may sound, some analysts have argued that this is one of the most impressive trade policies in Ghana’s history since independence as it seeks to establish a factory in each of the country’s 275 districts.

The program has since generated more than 200,000 direct and indirect jobs and is expected to lift the country from an import economy to an export-driven economy by adding value to the country’s raw materials.

Having led the Ministry expertly in the last six years, Mr. Kyerematen in 2020 when COVID-19 hit the country’s health system ensured that some pharmaceutical companies secured a grant to boost production.

Ghana’s health system was put to a serious test after the emergence of the global pandemic, for this reason the government through the Trade Ministry secured a grant of GHc15 million for local pharmaceutical manufacturers under the 1D1F initiative.

Eleven pharmaceutical companies benefited from the grant that was secured from local partners in partnership with the Ministry.

Local textile manufacturing industries were also resourced to produce COVID Protective Gear which made them abundantly available and saved government from using hard-earned foreign exchange to import them.

Also, the new strategic economic growth poles such as the establishment of vehicles plants, pharmaceutical manufacturing and garment production which have received dedicated attention by the Ministry are also creating highly skilled job opportunities for Ghanaians.

Mr. Kyerematen’s drive at the Ministry has made the country witnessed the production of local vehicles by auto giants such as Suzuki, VW, Nissan, Sino Trucks among others under the Automotive Development Policy which was being implemented by the Trade Minister.

These global auto makers produce the vehicles locally and export to other African market and this will boost Ghana’s competitiveness under the Africa Continental Free Trade Area (AfCFTA), a development which was headed by Mr. Kyerematen’s ministry.

As someone who is passionate about job creation, he said his ministry is focusing on strategic poles such as the Strategic Anchor Industries Initiatives which is developing new strategic growth poles to diversify the economy and the industrial parks which are providing support to private business promoters to establish industrial parks in each of the 16 regions to improve access to land, utilities and business support services for industrial development.

Ghana was selected as the secretariat for the largest single market and the secretariat building was commissioned by the African Union on August 17, 2020, with the vision to end the paradox of Africa being the richest in terms of resources yet the poorest in material wealth.

With AfCFTA, it is estimated that intra Africa trade will increase by US$35billion annually.

Under the AfCFTA, the 1D1F policy which has been designed as a comprehensive industrial transformation agenda to drive the manufacturing sector will play a key role for Ghana to harness the opportunities that the agreement presents.

Mr. Kyerematen who led Ghana’s team that secured the nod for the secretariat to come to Accra believes that Ghana is uniquely positioned to become the new commercial capital for Africa.

It’s estimated that the total cost of about 20 categorised items imported into the country amounted to US$10 billion annually.

However, trade experts believe that with government’s determination to ensuring that the country produces its own products locally, the cost of import to the country is expected to be reduced drastically in the long term as the factories begin to operate at their peak.

Recently, President Akufo-Addo together with his Trade Minister, Alan Kyerematen, began a tour of various regions to commission some factories in fulfillment of the government’s promise towards the 1D1F initiative.

This goes a long way to buttress the point that the Minister has stayed true to his words of creating jobs for the youth through the government’s industrialization agenda.

Among these remarkable progress made towards the initiative, there are plans to also revamp the Kade Match factory, which was set up to produce a critical household item to Ghanaians, by second quarter next year.

The Aveyime rice project, another critical project which is needed in this critical moment is expected to receive support to start production as well early next year to reduce the country’s huge reliance on imported rice.

It’s therefore undeniable fact that, the successful implementation of the 1D1F policy will jumpstart the country’s economy and put it on the path of recovery, as the dynamic Trade Minister Alan Kwadwo Kyerematen continues to steer affairs of the Ministry with his vision of creating jobs through value addition of the country’s raw materials.

DISCLAIMER: The Views, Comments, Opinions, Contributions and Statements made by Readers and Contributors on this platform do not necessarily represent the views or policy of Multimedia Group Limited.
Tags:
1D1F programme
Alan Kyerematen