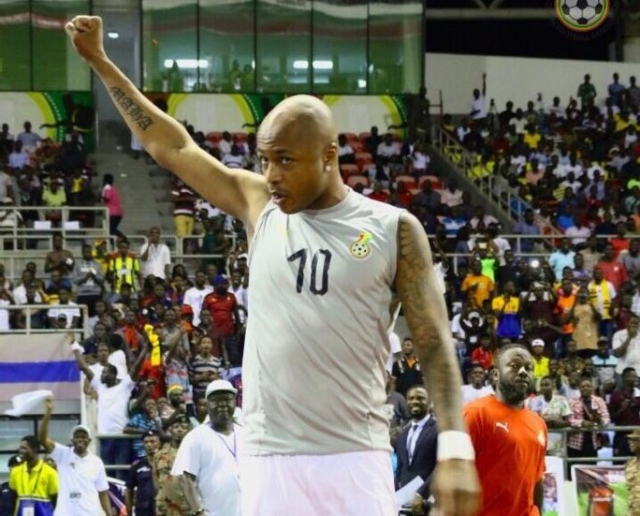 The #BringBackTheLove campaign was fully embraced in the Central Regional capital with the stadium filled to the rafters as the Black Stars got their qualification campaign for the 2021 Africa cup of Nations (AFCON) off to a flying start.

The goals came from the boots of Thomas Partey and youngster Kudus Mohammed, who was making his first appearance for the senior national team.

“All the people in Cape Coast and the fans that came to the stadium. The stadium was packed and they cheered us. Since we got here the reception was great and we really felt loved at home,” Ayew said at post-match press conference.

He added; “One thing is can say is we will come back and play in Cape Coast, we cannot say when but we’re sure we’ll come back. Ghana is a big country and we have lots of big stadiums so we have to share the love with the other cities.”

The win puts Black Stars in second place in Group C with three points. Sudan are on top of the group due to their superior goal difference as they thumped Sao Tome Principe in Khartoum on Wednesday.

Black Stars will next face Sao Tome and Principe on Monday, November 18.