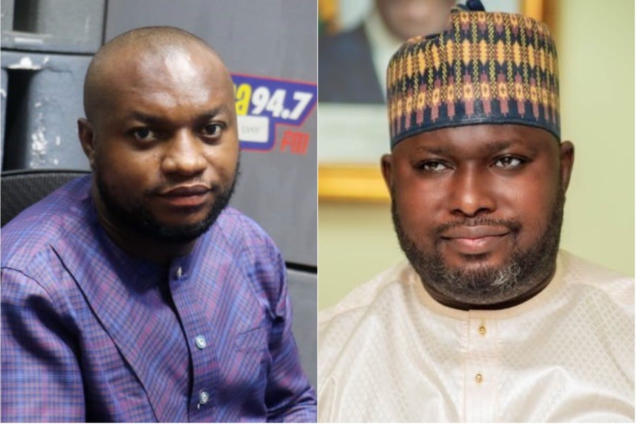 An aspirant for the position of National Youth Organiser of the National Democratic Congress (NDC), Brogya Genfi has filed a suit against Tolon MP, Habib Iddrisu.

The National Democratic Congress (NDC) activist wants the Supreme Court to annul Mr. Iddrisu’s election as a legislator in the 2020 parliamentary polls.

According to Mr. Genfi, the MP and Second Majority Whip was convicted of fraud and forgery in Australia in 2011.

In his writ to the apex court, he indicated that the MP was at the time convicted “on his own plea by the Perth Magistrates Court in Australia on the 28 of November 2011 and ten (10) years had not passed at the time when Mr. Habib Iddrisu filed his nomination for the said elections.”

He insists that this constitutes a breach of Article 94 of the 1992 Constitution.

Article 94 (c)(i)of the 1992 Constitution stipulates that a person shall not be qualified to be a member of Parliament if he “has been convicted for high crime under this Constitution or high treason or treason or for an offence involving the security of the State, fraud, dishonesty or moral turpitude”

Article 94(5)(a) provides that a person shall not be taken to be disqualified to be a member of Parliament under paragraph (c) or (d) of clause (2) of this article if- (a) ten years or more have passed since the end of the sentence or the date of the publication of the report of the commission or committee of inquiry;

On the back of these, Mr. Genfi believes the Tolon MP’s current status is null, void, and of no legal effect.

Other parties to the November 7 suit are; the Electoral Commission and the Attorney-General.

Meanwhile, Habib Iddrisu is yet to publicly comment on the matter.

DISCLAIMER: The Views, Comments, Opinions, Contributions and Statements made by Readers and Contributors on this platform do not necessarily represent the views or policy of Multimedia Group Limited.
Tags:
Brogya Genfi
Election
Habibu Iddrisu
Supreme Court
Tolon MP