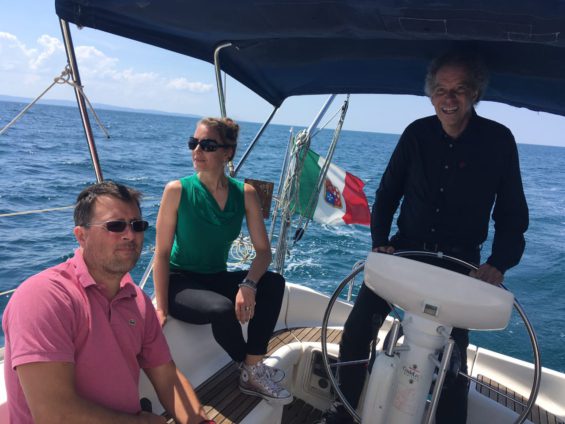 The death of 59-year-old climate scientist Geert Jan Van Oldenborgh has come as a surprise to the climate community.

The Royal Netherlands Meteorological Institute staff developed the world weather attribution service, which conducted rapid assessment about the role of climate change in extreme weather events died on died Oct.12 after an eight-year fight against cancer.

His colleague, Dr Frieserike Otto, says Geert is irreplaceable due to his honesty and cleverness.

“He was generous with his time,” he said.

Geert used observational and model datasets to study how the climate is predictable due to climate change.

He also looked at El Niño and decadal variability, focusing on extreme weather and climate events that have often come together in Extreme Event Attribution: estimating the role of anthropogenic climate change on extreme events.

He communicated climate research results to the public and maintained data and software of the Climate Explorer climate analysis website.

The Dutch climatologist had been a driving force behind breakthrough works as heatwaves, storms, floods, and droughts intensified in recent years.

Geert was able to estimate the degree of probability or aggravation of climate change made on weather variables.

Their work was reflected throughout the recent UN Intergovernmental Panel on Climate Change science report.

In a zoom interview, Dr Otto told JoyNews Mahmud Mohammed-Nurudeen Geert was good with the numbers and statistical matters.

“He was a fantastic statistician, and I am good at translating findings into words, so we work very well together.”

Dr Otto and Geert shared the same passion and were complimentary in their scientific findings.

For Dr Otto, Geert was trustworthy, and that’s what she would miss about him.

“Few things that are stupid ideas, he would say that is a stupid idea,” said the senior lecturer at Imperial College London’s Grantham Institute for Climate Change and the Environment.

Geert thought climate scientists were doing many studies in the global North than in the global south, and he wanted to see things change to make people better.

Geert made the world better with science, and his legacy will continue to live for eternity.