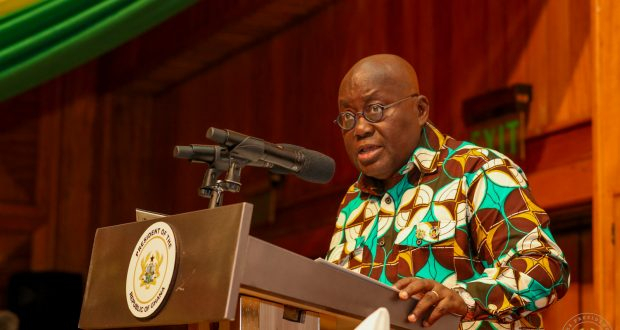 President Akufo-Addo is upbeat money of depositors of the collapsed banks and other depositors taking institutions will be paid in full soon after a crunch meeting with the Finance Minister and the governor of the Bank of Ghana.

So far seven indigenous banks and over 20 micro and saving and loan companies had their license revoked by the central bank last year. The financial institutions were deemed insolvent.

While the prosecution has started for those responsible for the mess, president Akufo Addo said government is looking at almost 16 billion cedis to pay depositors.

The President was interacting with members of the Christian Council of Ghana at the Jubilee house.

“Because of the laxity in our regulatory framework, it was not right in all conscience to punish customers who are depositor in the system. Microfinance institutions were meant to be places where only small amounts of money were kept and yet at some places, large sums of money were taken there in breach of the regulations,” the President said.

He further stated that: “But of the regulations are not being enforced, you cannot really blame the people who did it. That is why the state has taken on the responsibility of trying to refund the moneys. Both the Finance Minister and the governor of the Bank of Ghana were with me yesterday and we are continuing to work out how quickly we can meet the commitment to ensure that everybody’s money is refunded to them,” The President added.

Chairman of the Council Most Rev, Dr. Kwabena Boafo applauded government for the Year of Return initiative. Highlighting the fortunes it brought the country in 2019, the chairman justified the need to improve road network at heritage sites.

“We want to humbly request that construction of roads leading to tourist sites in the country are prioritised. We believe that if tourist sites are easily accessible, the country will gain much revenue in addition to the business that they [Diasporans] come in to establish,” he said.