Core committees of parliament must be chaired by opposition – Majority Leader 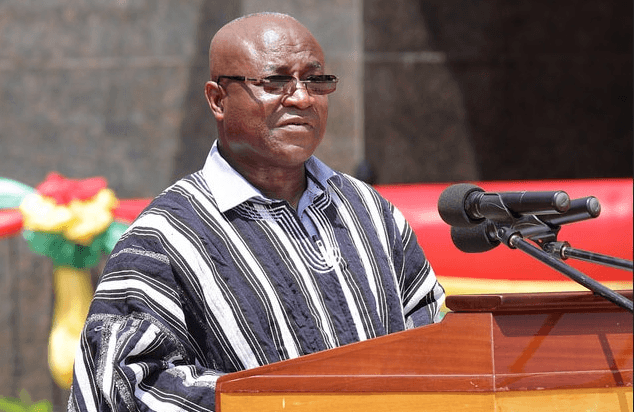 The Majority Leader in Parliament, Osei Kyei-Mensah-Bonsu has advised that core committees of the House must be headed by members of the opposition party.

According to him, the current parliamentary system does not help the house effectively perform its responsibility of checks and balances.

“Parliament is as strong as its committees make it. The structure of our committee’s system is not helping us to grow our parliament. When we have a system where all committees are headed by the members from the ruling party, certainly you will have this dividend, you will really lower the standards of parliament,’ he said.

The Suame MP said the current parliament since 1993 has always been rated very low when it comes to the performance of oversight responsibility but they were determined to change the status quo.

Touching on the way forward, Mr. Bonsu explained that for parliament to be strengthened, the house must take cues from France where opposition members chair core committees.

“The chairman of the public committee just as the public accounts committee is headed by a member of a party that is not in control of government. We should be learning useful lessons from that,” he added.

Mr. Kyei-Mensah-Bonsu made these comments at the parliamentary core leaders meeting with the National Media Commission on Tuesday.

Meanwhile, Minority leader, Haruna Iddrisu has pointed out that parliament must accept a share of responsibility in the country’s unsustainable debt situation because it failed to check the executive arm which has led to a state of excessive borrowing.

“Who ought to have checked government not to borrow or over-borrow? The parliament of Ghana. So, parliament must accept the blame and some responsibility for not keeping the executive in check, the consequences of executive borrowing is now being felt by all of us.

“Act 181 is only parliament that approves the terms and conditions of a loan so if we borrowed and now we have exceeded 100% GDP, how did it happen?” he quizzed.

DISCLAIMER: The Views, Comments, Opinions, Contributions and Statements made by Readers and Contributors on this platform do not necessarily represent the views or policy of Multimedia Group Limited.
Tags:
Core Committes in Parliament
Haruna Iddrisu
Majority leader
Osei Kyei-Mensah-Bonsu