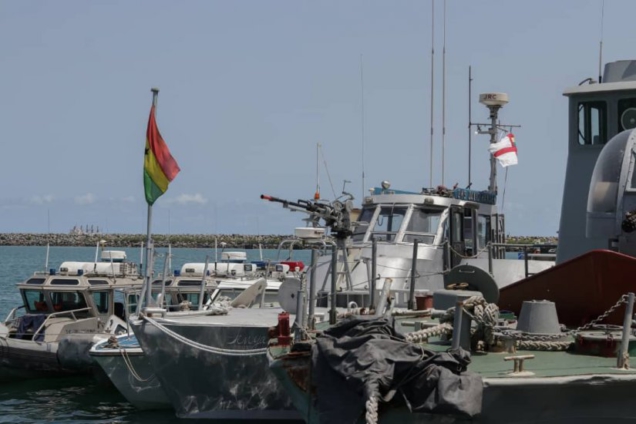 The National Petroleum Authority (NPA) has been granted a court order to continue impounding a vessel carrying one million litres of adulterated diesel smuggled into the country in January, 2021.

The vessel was impounded by the NPA together with joint security operatives and has since been in the NPA’s custody.

The joint operatives include personnel from the Ghana Maritime Authority, the Ghana Navy, the National Security and the NPA.

The NPA subsequently sought an injunction order from the court to stop an attempt by the purported owners of the adulterated diesel to auction the product.

The regulatory body also filed a suit requesting a court order to allow it to continue to impound the vessel.

On June 29, 2022, the court granted the order to continue to keep the vessel until further investigations are concluded.

“Upon hearing Ekow Kum Amua-Sekyi, counsel for plaintiff and applicant herein, it is thereby ordered that the application for an order for interim preservation or detention be and same is hereby granted. It is further ordered that let the product (gas oil) aboard the vessel MT SIRIUS VOYAGER currently berthed at the Sekondi Naval base be preserved,” the court ordered.

Per the court’s order, JoyNews sources say the vessel which was based in Takoradi is currently on its way under heavy military guard to Accra.

Speaking on Top Story, Thursday, Communications Director for the NPA, Abdul Kudus Mohammed said the NPA was not informed about the court order to auction the product.

According to him, the individual alleged to have been the owner of the product is dead.

He disclosed that one of the players in the industry has since claimed to be the owner of the impounded diesel.

“The party who is supposed to be the owner of the product is deceased, that actually is part of making the whole issue interesting…the information is that a player in the industry came forward and claimed that the product belong to the company. This is a product that was seized as far back as January, NPA had been working behind the scenes together with the relevant institutions to uncover who exactly was behind it.

“There was no information until the latter part of 2021 when somebody went to court and claimed that he was suing another individual who is supposed to be the owner of the product. Unfortunately, the person who is supposed to be the owner is deceased and so there is a certain complication as to what exactly is going on. But as it stands, we have been given the order to hold the product in our custody until proper determination is done,” he told Evans Mensah.

But it appears that one of the alleged owners, the former Vice-Chairman of the New Patriotic Party in Central Region, Ekow Ewusi who is now with one of the companies, Coastal Mart in Accra has filed a suit against the NPA and Navy officials in Takoradi for contempt of court.

He argued that based on a Tema High Court ruling on January 26, 2022, he was awarded the auctioneer for the vessel carrying a million litres of adulterated diesel.

Ekow Ewusi in his suit alleged that the original owner of the impounded vessel owed him some money hence, the court ordered the auctioning of the vessel to allow him to defray the cost.

“Following a judgement delivered by the honourable court, Tema on the 26th January, 2022 in the case of Humano Energy vs Clement Alexander, I was entrusted as the auctioneer at the point of execution to oversee the auction sale of any asset attached in satisfaction of the judgement in favour of the plaintiff or judgement creditor,” portions of the suit read.

Meanwhile, Communications Director for the NPA, Abdul Kudus Mohammed has said that investigations are still ongoing to determine those behind the smuggling of the products into the country for sanctions to be applied.

He noted that once investigation is completed, a committee would be formed to make a determination.

‘At this point we are not in the time of determination, we are still in the process of investigating to determine who was it that brought it because in the sanctioning regime, we would be carrying all of this weight into it and then the action would be taken against them individually and collectively,” he stated.