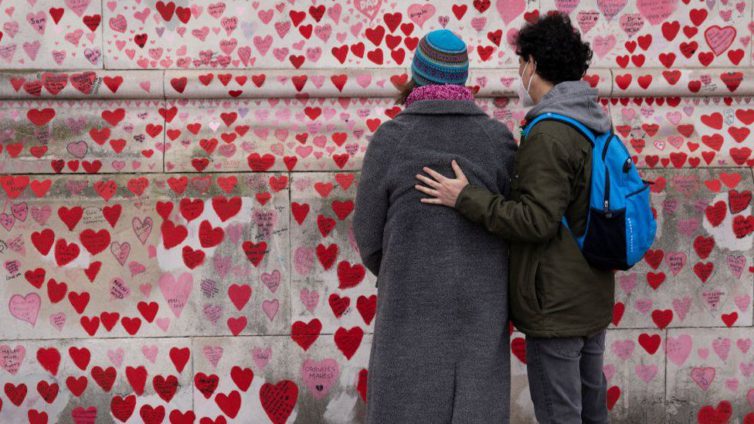 More than 150,000 people in the UK have died within 28 days of a positive Covid-19 test since the pandemic began.

A further 313 deaths were reported in the government’s daily figures on Saturday, taking the total to 150,057.

The UK is the seventh country to pass 150,000 reported deaths, after the US, Brazil, India, Russia, Mexico and Peru.

Some 146,390 new cases have also been recorded in the UK, with the more transmissible Omicron variant driving a surge in infections.

The number of deaths within 28 days of a positive test has also begun to rise, with a total of 1,271 in the past seven days up 38.3% on the previous week.

The impact of vaccinations means Covid hospital admissions and deaths are not rising as quickly as during previous waves.

However, hospitals remain under pressure due to rising admissions and Covid-19-related staff absences.

The Office for National Statistics records the number of deaths where Covid-19 is mentioned as a cause on the death certificate, even if the person had not been tested for the virus, with a total of 173,248 deaths recorded up to 24 December.

It’s almost a year since the UK recorded 100,000 deaths. Most of those came in two waves – a sharp sudden surge in the spring followed by a slow, sustained rise in the autumn and winter of 2020 into 2021, largely before vaccines were available.

On 8 December, 2020, 90-year-old Margaret Keenan made history by being the first person to receive a Covid-19 jab as part of the UK’s national rollout.

Vaccines have been the real success story of the pandemic, weakening the link between infections and serious illness and deaths from the virus. But some fatalities are still inevitable.

Today, the total number of deaths in the UK stands at more than 150,000. It is a sobering reminder of why societies cannot ignore Covid-19. It hasn’t gone away.

Prime Minister Boris Johnson has said he hopes England can “ride out” the current wave of infections without further restrictions, although he acknowledged parts of the NHS would feel “temporarily overwhelmed”.

England is currently under Plan B restrictions, which includes mandatory face masks in most public indoor spaces, Covid-19 passes for entry to some large venues and advice to work from home where possible.