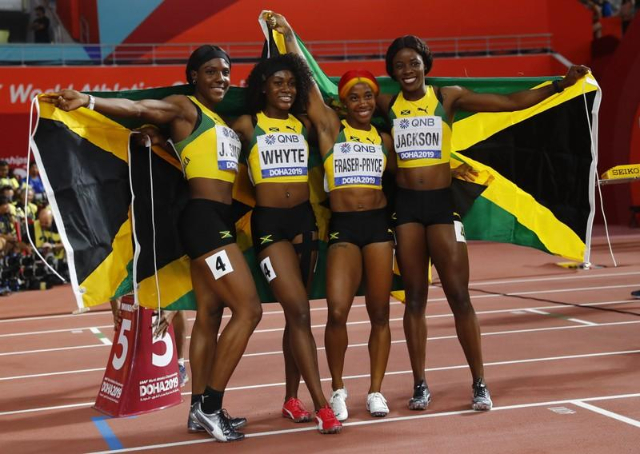 Jamaica stormed to world championship gold in the women’s 4×100 metres relay on Saturday, beating Britain in a battle that featured 100 and 200m winners Shelly-Ann Fraser-Pryce and Dina Asher-Smith.

Since 2005 the United States and Jamaica have dominated the event at the worlds, with the Americans topping the podium four times, including two years ago in London, and the Jamaicans three.

In Doha, though, the fight for gold came down to Jamaica and Britain, the Caribbean nation returning to the top of the podium with a time of 41.44 seconds.