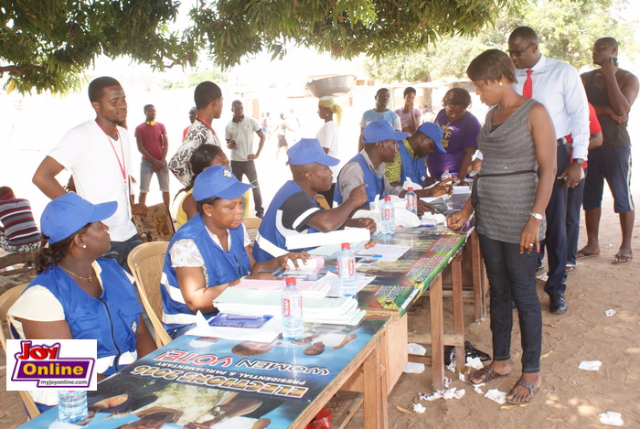 The Electoral Commission (EC) and the police have reactivated the Elections Security Taskforce to effectively address election security issues in the upcoming District Level Elections, the Referendum and the 2020 general election.

Made up of heads of security agencies, the task force will plan and provide a conducive atmosphere to ensure security before, during and after the elections.

They will serve as the frontline security for election intelligence gathering and analysis of information in support of law enforcement for national security.

Mrs Jean Mensa, the Chairperson of the EC speaking at a ceremony in Accra to inaugurate the task force said elections had become the lifeblood of society and the quest for power had become fierce.

“In the bid to capture power, our politicians and their supporters use all manner of methods to achieve their goals. In the wake of this, our security and safety are not spared,” she said.

“We witness a targeted approach by elements in the society to cause mayhem to destabilise the peace and threaten lives in a bid to control power and resource”.

Mrs Mensa noted that the commission has experienced its share of violence and threats regarding elections and urged all stakeholders to take steps to educate citizens on the growing trend.

She said another phenomenon was the use of social media to disseminate fake news during elections, adding that such acts create disaffection, undermined credibility and integrity as well as promote unrest.

Mrs Mensa pledged the Commission’s willingness to work closely with the election security task force and key stakeholders to ensure all elections were free, fair and violent free.

Mr James Oppong-Boanuh, the Inspector General of Police, said elections play a critical role in the country’s democratic dispensation hence the need to provide the requisite security to create an enabling and conducive atmosphere for the electorate to go to polls and exercise their constitutional right without fear.

He said it was the desire of the task force to continue with the success history of peaceful, free, fair elections in the country.

He expressed the confidence that the team would play its roles effectively and efficiently to deliver on its mandate of helping to secure free, fair, transparent and credible elections.