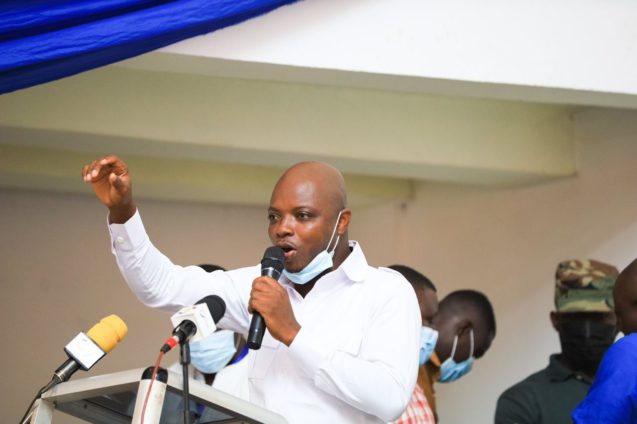 Citing the government’s Covid-19 relief packages, Mr Baffoe was of the view that it contributed to the massive loss of many Parliamentary seats in the 2020 elections.

According to him, the opposition National Democratic Congress peddled falsehood by accusing the constituency executives in the region of receiving the funds but failed to disburse the money to applicants who filed for the stimulus packages.

“Government never released the funds. This was one of the campaigns against the party and it affected our fortunes in the region,” he said.

He added that it also created huge division amongst some constituency executives.

In view of this, Mr Baffor urged government must engage the party before announcing any policy.

The method, according to him will give room for party supporters to thoroughly analyze the policy and agree on the mode of implementation before making them public.

“We also need to examine its impact on the lives of the people and when we accept that it has no impact, we abandon the policy,” he added.

The NPP in the Bono Region prior to the 2020 general elections occupied 11 parliamentary seats out of the 12 seats in the region.

But the party is currently occupying 6 seats, a situation the Chairman believes could have been avoided if the party was united.

Mr Baffour also blamed the poor performance on internal wrangling and mudslinging in the party.

He however indicated that the party would operate with the constitution to ensure aggrieved persons all whipped in line.

This he believes will strengthen the party and prepare them towards achieving the goal of breaking the 8 year electoral cycle.

Mr. Baffoe addressing party supporters at the Bono Regional Annual Delegates Conference of the NPP held on Friday 8th October, 2021 in Sunyani cautioned party supporters against the use of social media to denigrate the party.