Execute prisoners who have been sentenced to death - Deputy A-G designate - MyJoyOnline.com 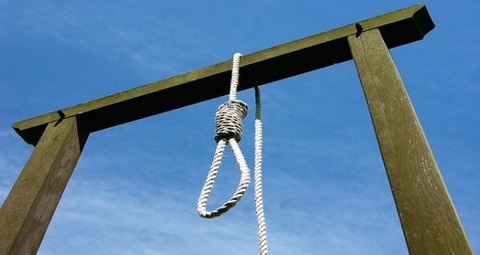 The Deputy Attorney-General-designate, Alfred Tuah-Yeboah has urged the State to carry out executions of people who have been sentenced to death, so it serves as a deterrence to murderers.

Responding to questions during his vetting Tuesday, he said some murderers like those committed during robbery deserve to be killed.

Although, death sentence remains on the country’s statute books, no one has been executed for about three decades now.

Some human rights activists have called for the law to be scraped, arguing that it is against people’s right to life.

But for Mr Yeboah, scrapping the law will increase cases of murder in the country.

“As a human rights activist and lawyer I believe that life is precious but that does not mean that if you take someone’s life [you should be spared]. I am a realist, positivist, if you look at some of the murders that we record especially in cases of robbery, I think we need to hold on for some time.

“I think as we have in the USA if this House and other stakeholders may want we should venture into grading murders. Some of them I subscribe to the full execution of their sentences, if it happens that they have to be killed, they must be killed,” he told the Appointments Committee.

He also added, “At times it serves the kind of signals to others that it does not pay to kill. But as we have it now, people are sentenced to death they are imprisoned at Nsawam, some of them, you may want to sympathise with them, but there are others that I think if we were to scrape death sentence, we may have more murders.”