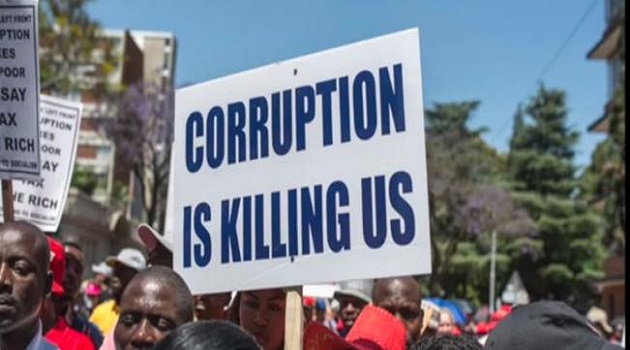 In West Africa, the numbers are even more staggering. Of the 16 countries spanning across the region, Nigeria had the lowest score: a meagre 26 out of 100, and ranked higher than only 28 countries out of the 180 that were included in the analysis. Cape Verde, while scoring highest in West Africa with a 58 out of 100, still failed to rank in the top 40%.

As the World Bank Institute acknowledges in a report, “corruption distorts economic and social development, by engendering wrong choices and by encouraging competition in bribery rather than in the quality and price of goods and services and, all too often, it means that the world’s poorest must pay for the corruption of their own officials and of multinationals’ agents.”

The media, as watchdogs over public spending and enablers of public participation in governance, transparency and accountability, have a crucial role to play in the fight against corruption in the region. But how has the media fared on this crucial area of governance and what have been the obstacles to their crucial role in this endeavor? In this analysis, the Media Foundation for West Africa (MFWA) dissects four key factors that challenge the media’s role in fighting corruption.

A new wave of media repression

In the democracies that comprise West Africa, a deep-rooted trend has manifested itself into a harrowing reality: politicians in power are finding new ways to repress journalists from reportage that goes against the governments they lead.

Numerous reports have shown that government resistance to freedom of expression has led to a limited number of reporting in several countries. For instance, in Côte d’Ivoire, investigative journalist, Assale Tiemoko, received death threats after publishing an article on economic malfeasance and corruption within a customs agency. The report further exposed a sector of the country’s government that fraudulently allowed the clearance of luxury vehicles to be imported into the country, which resulted in shortfalls in tax revenues. Though the report led to the arrest and detention of the customs agency’s Managing Director, the journalist began to receive threatening messages including one that read “We are going to shoot you. You cannot escape.”

More recently, in Nigeria, military soldiers stormed the Borno State Secretariat of the National Union of Journalists and arrested Daily Trust reporter, Tunji Omirin, who wrote a story about the insurgence of Boko Haram. The journalist was eventually released, but not before being detained and interrogated for almost three hours.

In 2019, the MFWA collected and analysed violations against journalists and compiled the findings in a report. By the end of September alone, 37 violations in nine countries were reported, including the death of Ahmed Hussein Suale, a Ghanaian investigative journalist who shot and killed by unknown gunmen in Accra on January 16, 2019. On repeated occasions, the MFWA condemned the unwarranted and disproportionate use of force and assaults by government officials on journalists. Such incidences of attacks, intimidation and repression refrains some media institutions to report critically, which essentially distorts journalists from dealing with issues of corruption.

Media institutions across the region have had to systematically find new ways to fund operations, projects and salaries for the journalists they employ. Financial instability, poor means of communication and inadequate infrastructure continue to pose a threat to the sustainability of these media institutions and increasingly, local newspapers, radio stations and television networks have had to close their doors. The reasons are wide-ranging, including dwindling advertising dollars, which have gone mostly to digital platforms, specifically social media and online publications.

One African journalist confirmed these issues. Simon Allison self-financed a trip where he succumbed to lodge in “flea-ridden hostels” at a refugee camp. On his last day of gathering facts for his report, foreign correspondents from international media outlets flew in and out, filing the story within just two hours. He further explained that a member of the media institution’s team informed him that they paid an exorbitant amount of money to hire a plane for the morning. “To me, this was an unimaginable sum: their morning cost more than four times my entire two weeks in South Sudan.”

Further research reveals that several other confrontations plague many countries on the continent. For example, a joint Reuters Institute Fellowship Paper in conjunction with the University of Oxford reports that in Ethiopia, newspapers must be able to “maintain a bank balance of Br 10,000 (US$1,250) as collateral against any offenses their journalists might commit.” And in Ghana, a once-thriving television station was recently hit with employees calling a strike over unpaid salaries. The station was left “dead” for almost 12 hours as its CEO scrambled to maintain order.

Another challenge media institutions face is financial squeezes in government. In many countries across West Africa, governments control up to 80% of media advertising.  As outlets suffer to maintain economic stability, some senior executives, unfortunately, are swayed to mislead, fabricate or cover-up wrongdoing among corrupt administrations out of fear of losing advertising revenues.

Do journalists have the capacity?

Reporting on adverse issues involving corruption and other malfeasances in government requires well-informed and meticulous media personnel who can report stories accurately, effectively and without error. As debts within media institutions skyrocket, the funding allocated to properly train journalists has become a practice of the past, leaving far too many journalists uninformed about procurement laws, how to analyze complex government data, how to back claims using reliable sources, and how to report with critical analysis.

However, several non-profit and civic society organizations, including the MFWA,  have been helping in diverse ways to help deals with these issues.  But more needs to be done. Media institutions must be empowered to become efficient on their platforms to enhance training efforts and engagement between citizens and authorities on governance issues.

To be clear, the incapacity for some African journalists to critically report on issues is of little to no fault of their own. What undermines journalists is their inability to receive the proper training from designated media houses that are scrounging for money to keep their businesses afloat.

When those fighting corruption become corrupt themselves

The financial challenges facing the media sector in West Africa trickles down to journalists, some of whom can sometimes be swayed into unethical practices in order to feed themselves and their families. “Brown envelope journalism,” a practice where journalists are paid to write favorably about issues or kill negative ones, has become so deeply entrenched within the media landscape that it has led to erroneous and misleading coverage on a wide array of governance issues.

In one survey, 200 journalists in Ghana’s Brong Ahafo region were questioned to track whether they had ever engaged in brown envelope journalism. The study showed that 74 percent of participants admitted to accepting money and 81 percent said they did not ask for it, but took it anyway. The reasons for accepting the money were widespread, but among them, the three most significant factors were because of poor pay, unpaid salaries and inadequate resources to perform their jobs.

It leads some to question whether some journalists often feel motivated to accurately report on stories. Lack of funding and the means to survive could stifle the integrity of reporting, allowing corruption to run rampant on both sides of media and governance.

How is the MFWA responding?

The MFWA understands that there is a substantial amount of issues that hinder the media’s role in fighting corruption and we have made efforts to curtail these issues.

In the fight against repression, we track daily incidences across the region through our monitoring and reporting on violations of freedom of expression rights in West Africa and have done so for over two decades. We regularly condemn attacks on journalists and have consistently demanded justice and redress for the abuses made towards journalists. In 2015, we partnered with some 155 journalists from over 40 media organisations across Ghana to petition former President John Dramani Mahama to demand sanctions against his staffer, Stan Dodge, who assaulted a journalist and destroyed his recording equipment.

To help with economic hardships that affect the media, we have created initiatives to support journalists in producing critical, independent and high-quality reports on issues of corruption, transparency, accountability, and service delivery in the target countries. The funding opportunity formed part of activities under the MFWA’s project titled “Enhancing Public Participation and Demand for Accountability in Governance through Effective Media and Governance Dialogue Platforms.” The project sought to strengthen the capacity of media organisations in Ghana, Senegal and Burkina Faso to report more effectively on governance, transparency and accountability issues. It also aimed at empowering the media to become efficient platforms for citizens’-authorities’ engagement on governance issues.

We also collaborated with the United Nations Development Programme (UNDP) to fund Ghanaian journalists in supporting quality and thorough reporting that focus on the Sustainable Development Goals.  The project formed part of activities under MFWA’s “Mainstreaming the SDGs in Development Reporting,” which sought to advance public knowledge on the SDGs to ensure inclusive and participatory delivery of the goals in Ghana.

To help build the capacity of journalists in West Africa, we have supported several media institutions in increasing their awareness about institutional and external issues. In Benin, we hired a consultant for Banouto, an online media house based in the city of Cotonou. The consultant assessed the media organization and provided feedback on ways to improve their reporting. Through MFWA’s support, the media house was taught how to properly develop marketing and communication strategies, in addition to learning ways to increase engagement on their website.

In Ghana, we held a series of forums on the recently passed Right to Information (RTI) bill for journalists and Metropolitan, Municipal and District Chief Executives (MMDCEs) in the Greater Accra, Ashanti, and Northern regions.  The forum sought to increase knowledge and understanding of the law among the MMDCEs as well as to educate them on their obligations. Close to 200 senior journalists across the three regions learned more about their rights and obligations under the law; how it would facilitate their work and how it would make them better citizens’ educators of the law.

For the past three years, we held the West Africa Media Excellence Conference and Awards (WAMECA), an initiative aimed to promote media excellence in the sub-region. The conference brought together close to 300 journalists to reflect on the challenges and changing trends in the areas of free expression, media development and access to information, and to develop strategies in tackling these challenges to promote good governance, regional integration and peace in West Africa. The awards ceremony rewarded and inspired journalism excellence in West Africa as well as honoured West African journalists who have produced compelling works that have had a significant impact on society.

Last but not least, we facilitated a year-long series of multi-stakeholder engagements, which led to the adoption of a framework by the Ghana Police Service to promote relations between the Service and the media, enhancing the safety of journalists and countering impunity for crimes against journalists in Ghana. UNESCO, OSIWA and IFEX provided funding support.

DISCLAIMER: The Views, Comments, Opinions, Contributions and Statements made by Readers and Contributors on this platform do not necessarily represent the views or policy of Multimedia Group Limited.
Tags:
Corruption
Media Foundation for West Africa