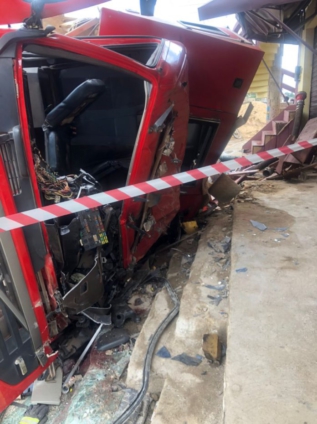 An accident involving a fire tender at Bogobire, a suburb of Obuasi in the Ashanti Region, has left six personnel critically injured.

The personnel with the Obuasi Fire Service are currently being treated at the AGA Health Foundation and the Obuasi Government Hospital.

The victims were responding to a distress call when the accident happened on Sunday.

However, the fire tender veered off and somersaulted before landing on its side.

The development resulted in the injury of the personnel onboard.

He expressed worry over why the engineer and his team did not position any road sign to alert drivers.