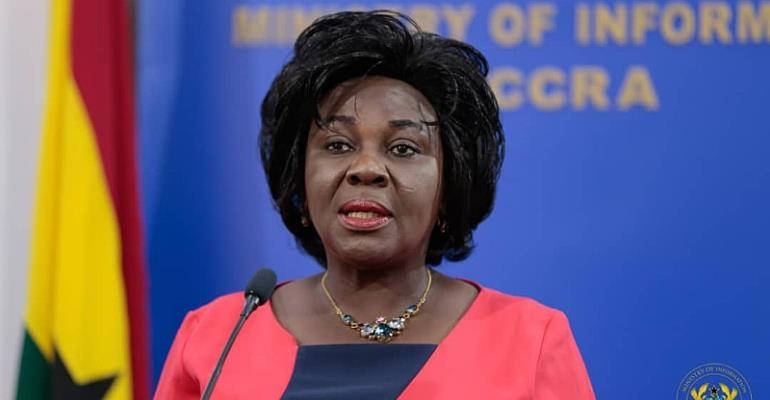 The Sanitation and Water Resources Minister, Cecilia Abena Dapaah has asserted that President Akufo-Addo has eradicated cholera in Ghana.

According to the Minister, the country has not recorded a single case of the cholera disease since President Akufo-Addo took over the reins of governance in 2017.

Speaking during the approval of the 2019 budget performance report of her Ministry, Madam Dapaah argued that the NPP administration has expanded water supply to many homes and dealt with the unsanitary conditions which give rise to diseases such as cholera.

She added that the government is on course to attaining the SDG 6 to ensure all Ghanaians have access to water.

“On record, the tenure of President Akufo-Addo will give us the quantum of water that we have never had in this country,” she said.

“The policy now from the sector ministry is to make sure that when the bulk water is produced, we pipe the water as close to the people as possible. That is why we have increased the direct access of water to citizens, hence, we have not had any case of cholera since President Akufo-Addo assumed office.”

The MP for Effutu, Alexander Afenyo-Markin seconded the Sanitation Minister adding that the Akufo-Addo administration has invested heavily in sanitation especially in deprived communities.

Touting the achievements of government in the sanitary sector, he said: “What is life, when the body is sick, provision of washrooms is a prioty and this government did just that.’

“Somebody would prioritise provision of mortuaries in Zongos, ours is to prioritise the wellbeing of Ghanaians.”

Former Deputy Minister for Works and Housing, Sampson Ahi, however, accused the Effutu MP of failing to appreciate the efforts of the Mahama administration in water provision and sanitation.

According to him, the Mahama administration initiated most of the initiatives the MP is trying to claim for the Akufo-Addo government.