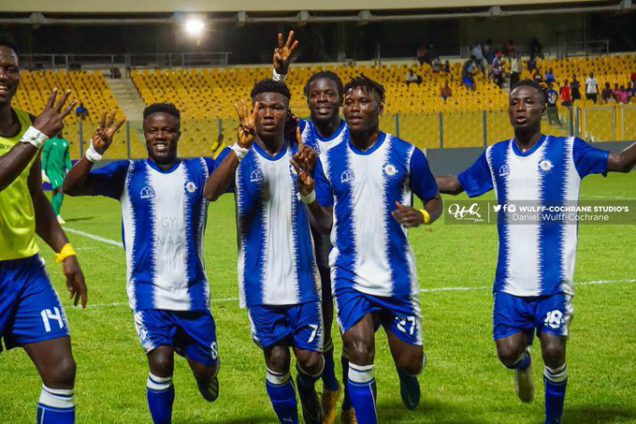 Abbey Quaye missed Oly Dade’s first league game of the season against Real Tamale United last weekend but returned to the team as they hosted Lions in week two.

The forward put in a man of the match performance to seal maximum points for his side.

Speaking after the game, Walker explained the importance of Abbey Quaye to his side and lauded the youngster.

“I am so happy for him. He is a player I love so much and I know what he can do. That is why when you asked why he was out in Tamale, I told you he had malaria and I didn’t want to stress him. I gave him the chance today and he has proven that he is one of the best strikers in the country,” he said.

Asked about what triggered him to tweak his midfield to regain the midfield battle after Lions began to dictate play, the coach revealed he saw the change in system from the opposition.

“I realised they changed their system in the second half to a 3-5-2 formation which gave them the upper hand in the middle of the park so I brought on Frimpong, who came to help us regain the midfield battle,” Walker continued.

“Their midfield dominance took us by surprise but I’m a tactician so I did my changes and we took over from them.”

Olympics currently have four points after two games played and occupy third spot – two points behind King Faisal and Asante Kotoko, who are both on six points