I am a strong supporter of free speech – Akufo-Addo maintains 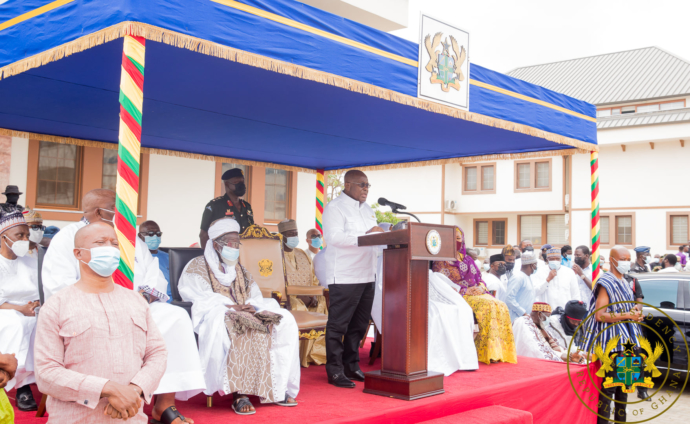 President Nana Akufo-Addo has maintained that his administration is a defender of free speech.

According to him, that is evident in how Ghanaians are able to express their opinions publicly without any governmental suppression.

“The Bible tells us that death and life are in the power of the tongue. All it took was the muttering of words by some irresponsible journalists and amplified by the power of radio to ignite the tragic genocide in Rwanda,” he stated.

His comments come after some public criticism of government’s silence following widespread condemnation of the Assin Central MP’s statement to the effect that if he were the President, LUVFM’s Erastus Asare Donkor will be beaten mercilessly.

“The MP said, ‘if he [Kennedy Agyapong] were President….’ I think that should have been an opportunity for the President to say that “I am the President, and I do not subscribe to what you are saying.”

On the whole, the reaction of the powers that be have been tepid. And I think it’s important for all of us sometimes to put aside partisan interests and say that, ‘this is wrong, patently wrong,” he told Newsfile host, Samson Lardy Anyenini on Saturday, July 17.

But speaking during a ceremony in Accra on Tuesday to mark the Eid ul-Adha, the President urged Ghanaians not to allow persons he describes as misguided, to destroy the country’s peace.

“It is important for all of us to recognise that there is only one country we call home, and that is Ghana. Therefore, we must protect our way of life in the words of the national pledge ‘With all our strengths and with all our hearts.

“We shouldn’t allow the actions and utterances of a few misguided persons to jeopardise and destroy the united Ghana we currently possess, which is the envy of many on the continent and the world,” he stressed.