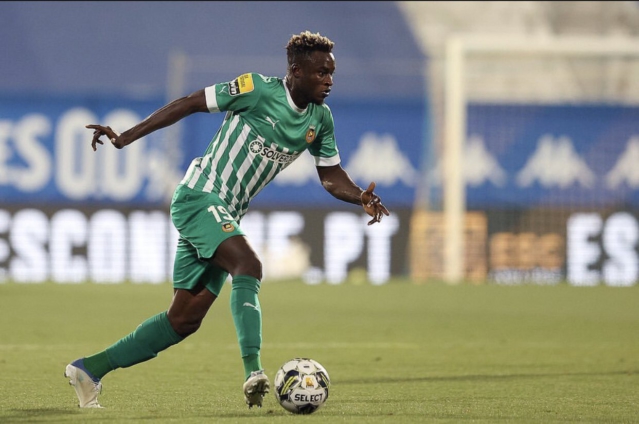 Rio Ave forward, Abdul-Aziz Yakubu, says he dreams of playing at the FIFA 2022 World Cup with the Black Stars after an impressive start to the 2022/23 season.

The Ghanaian was instrumental in powering his side to the top flight last season as they won the Liga Portuga 2. He scored 11 times in 33 appearances in the run.

In the Primeira Liga, Aziz has already netted five times in seven appearances. However, he missed out on Otto Addo’s squad for the September friendlies against Brazil and Nicaragua.

But the 23-year-old says he is keeping hopes alive to play in Qatar with the Black Stars.

“I think so [on whether he has a chance], the numbers speak for me,” Aziz told Zerozero in an interview.

“Ghanaian websites and journalists talk about me, so I believe, let’s see. I hope to have the opportunity to represent my country one day and if it’s at the World Cup, perfect.”

The forward added that he is hoping his presence in the Portuguese top flight will bring his performances closer to Ghanaians and the technical team.

“Last season I already had good numbers [in terms of goals], but in Ghana, they always said ‘ah, but he plays in the second league’. Now I play in the I Liga, so I hope they don’t keep downplaying my goals.”