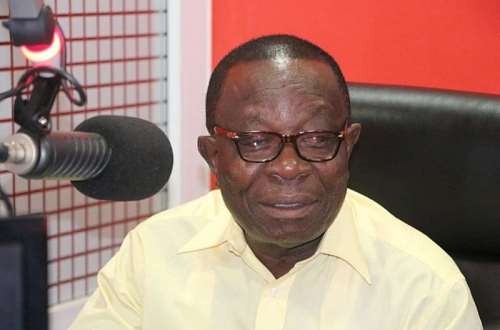 A veteran football administrator, Jonathan Abbey Pobi, has revealed to Luv Sports he has written a letter to FIFA, appealing to the world’s football governing body to give former Ghana captain, Asamoah Gyan, an ambassadorial role at the 2022 FIFA World Cup in Qatar.

In a separate letter sighted by Luv Sports, the Chairman of Neoplan Stars FC wrote to the Ghana Football Association GFA) to appoint Asamoah Gyan into an official role for the November/December World Cup in Qatar.

With 6 goals, Asamoah Gyan is the top African goal scorer in the history of the World Cup.

He achieved this feat when he equalized for Ghana during a Group G match against Portugal in the 2014 FIFA World Cup in Brazil.

Speaking in an exclusive interview with LUV FM in Kumasi, Mr Pobi stressed, both the GFA and FIFA should use this tournament to honour Ghana’s all-time top scorer.

“He is the only African player who has scored more goals in the World Cup so I think, since he is no longer the captain of the Black Stars, I felt that I have to write such a letter to the FA just to remind them.

“What he has done for Ghana, I am asking the GFA to cater for all his expenses to go and watch the World Cup in Qatar.

“I am not asking GFA to give him a role, like to be a coach or something like that, just to honour him.

“The letters are two. I wrote a [letter] to FIFA asking FIFA to give [Asamoah Gyan] an ambassadorial role in this year’s World Cup because he is the only African who has scored more goals at the [tournament].

DISCLAIMER: The Views, Comments, Opinions, Contributions and Statements made by Readers and Contributors on this platform do not necessarily represent the views or policy of Multimedia Group Limited.
Tags:
Asamoah Gyan
GFA
Jonathan Abbey Pobi