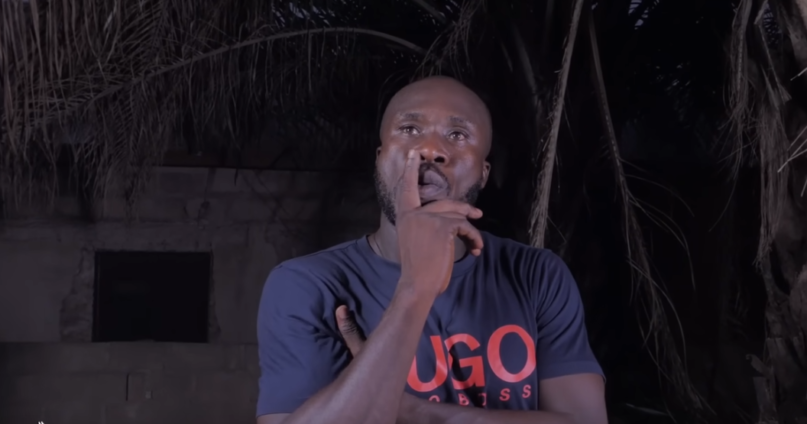 The amount of happiness Ras Nene brings through his skits makes it difficult to imagine that he had a dark past.

The popular YouTube skit maker has revealed some challenges he faced in his bid to be successful.

Born Ebenezer Akwasi Antwi, the junior high school leaver says he had tried multiple trades after his education but to no avail.

After peddling drugs on the streets and a brief non-lucrative stint in the movie industry, he decided to venture into small-scale mining (galamsey).

😂His honesty is what gets to me even more. Ras Nene says he went into galamsey⛏️ when things went south, narrates how he was stabbed in the back by friends, and his time in 🚔police custody.

Making his appearance on The Delay Show, the comic actor says he made his way to Bole Bamboi in the Savannah Region with an amount of ¢70,000.

He said he secured a plot of land and some equipment in the area called Sampa and started digging for the precious mineral.

His early investment yielded some fruits.

But from that dividend onwards, the business took a nosedive.

“After making that ¢40,000 amount, things went down but I was determined. A colleague urged me to consult spiritualists for powers but I ignored him. He followed through and found success in the trade but I was left struggling,” he recounted.

The moment Ras decided to quit the trade, he discovered some gold deposits which presupposed that the land had promise.

“Unfortunately, everything went down the drain,” he told Delay.

Dr Likee, as he is also known, was so broke that he did not even have money for transportation back home to the Ashanti Region. At this point, he said most friends and close relations had neglected him.

He disclosed that a preacher called Penamang gave him ¢70 for transportation. But his woes had not ended just yet.

On Ras Nene’s arrival, one of his close friends tipped off his creditor who in turn reported him to the police and got him arrested.

This cost him another three days in police custody. He was released later on after which he decided to look to God for a change in his life.

“I was later told the man said he had forgiven me. I was subsequently released.”

Today, Ras Nene is one of the biggest skit makers in Ghana raking in huge revenue from his hilarious YouTube videos.

Watch the full video below:

DISCLAIMER: The Views, Comments, Opinions, Contributions and Statements made by Readers and Contributors on this platform do not necessarily represent the views or policy of Multimedia Group Limited.
Tags:
Galamsey
Ras Nene