'If you want my position, you can come for it' – Annoh-Dompreh tells Adwoa Safo - MyJoyOnline.com

‘If you want my position, you can come for it’ – Annoh-Dompreh tells Adwoa Safo 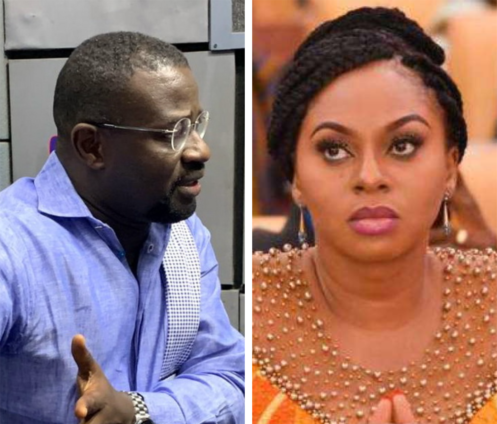 Majority Chief Whip, Frank Annoh-Dompreh, has once again lashed out at Dome-Kwabenya MP, Sarah Adwoa Safo, over her continuous absence from Parliament.

According to the Nsawam Adoagyiri lawmaker, he cannot fathom why the Gender Minister will punish government in such a manner.

In his opinion, the party has done a lot for the former Deputy Majority Leader for which the absentee MP should be grateful, rather than holding the party to ransom.

Adwoa Safo was last seen in Parliament in December, 2021, when she appeared in the House to dismiss claims by the Minority Caucus that she was impersonated by someone who attended proceedings of the House the previous day.

JoyNews/AdomNews · If You Want My Position, You Can Come For It – Adwoa Safo Told

Some leading government officials and some of her colleague MPs in Parliament accused her of blackmailing government with a list of demands, including the Deputy Majority Leader post.

However, when asked about it, Deputy Majority Leader, Alexander Afenyo-Markin said he is not aware of such demands.

Just last week, Mr Annoh-Dompreh lamented how the Gender Minister who has been on leave since August 31, 2021, is throwing a spanner in the works of government business knowing very well the 8th Parliament is hung.

He subsequently stated that his colleague MP, should bow her head in shame for frustrating government business in Parliament.

JoyNews/AdomNews · ‘Shame on you Adjoa Safo; Resign if can’t do the job’ – Majority Chief Whip fumes

“She has no basis whatsoever to behave the way she is behaving, I have been quiet, tolerant and diplomatic about this whole happening relative to Adwoa Safo, but the way it is going, she is blackmailing the entire system, which is most unfair,” he said in an interview with Evans Mensah.

But in a new development, Mr Annoh-Dompreh has decleared his readiness to relinquish his position for his colleague if that is what it will take for her to return to Parliament.

“What wrong have we done for her to treat us this way. I have vowed that if she wants my position as the Chief Whip, she can say it and I will give it to her and stay away,” he said in an interview on Accra-based Okay FM.

He warned that his colleague should tread cautiously, stating her actions do not speak well for her political career.