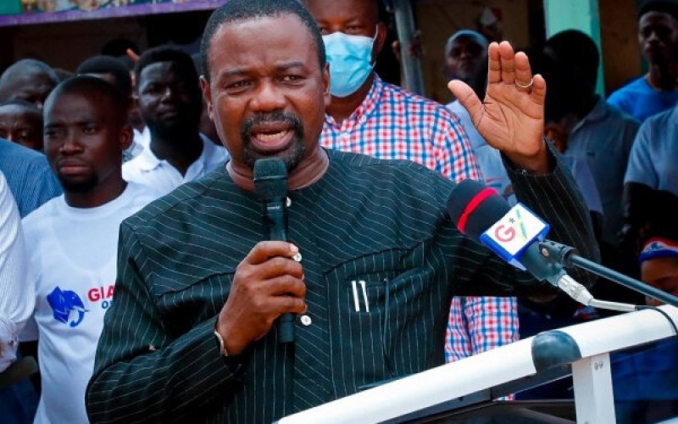 A peace and conflict resolution expert, Dr Vladimir Antwi-Danso, says he is convinced about the involvement of chiefs in galamsey operations in the country.

According to him, for galamsey to thrive, it needs the support of persons in power, hence his conviction that some traditional rulers are complicit in the act.

Speaking in an interview with Benjamin Akakpo on the AM Show on Tuesday, he stated that apart from chiefs, there are also some bigwigs in the country, who front the practice.

“When we talk of galamsey, I always say that these things that we are seeing; the tractors and excavators and what not, no such persons working within those areas could own such things. There are big, big fishes behind. If you took any piece of land anywhere in Ghana, somebody will tell you, it belongs to somebody”, he stated.

His comments were in reaction to an attack on the leader of the United Progressive Party (UPP), Akwasi Addai ‘Odike’.

The attack is said to be linked to his recent comments about the involvement of chiefs in galamsey.

He therefore charged the youth to rise up and demonstrate against chiefs if the traditional rulers fail to come clear on their roles in or stance against illegal mining.

Some chiefs of the Kumasi Traditional Council on Friday subsequently performed rituals and slaughtered a ram to ostensibly banish Odike from Manhyia.

The chiefs considered the words of Odike as disrespectful, hence he should have no business at Manhyia.

Few days after this, armed men allegedly attacked Odike at his office at Patase, Kumasi on Monday, 22nd August, around 4:30 pm.

In the ensuing attack, cars parked in front of the office were vandalised.

The gunmen reportedly rushed to the office of the former presidential aspirant shooting randomly.

A member of Odike’s team, Francis, claimed the gunmen ordered staff in the office to lie down; after which they physically assaulted them and ransacked the office.

Odike, who was not in the office has reported the incident to the Kumasi Central Police Command.

He added that a retraction of his comment is now out of the question as the ‘battle lines have been drawn”.

A visibly shaken Odike expressed hope that the police will take action to bring the perpetrators to book, as he takes steps to beef up his own security.

DISCLAIMER: The Views, Comments, Opinions, Contributions and Statements made by Readers and Contributors on this platform do not necessarily represent the views or policy of Multimedia Group Limited.
Tags:
Akwasi Addai Odike
AM Show
Dr Vladimir Antwi-Danso
Galamsey
Illegal mining