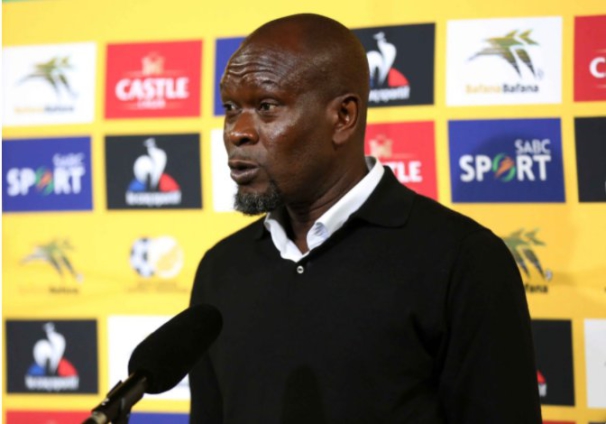 Former Black Stars player, Yaw Preko, believes it is too early for Ghanaians to call for the sack of Black Stars head coach, Charles Akonnor.

Coach Akonnor has come under a lot of criticism after Ghana’s 1-0 loss to South Africa away on Monday. Consequently, many Ghanaians are calling for Akonnor’s sack.

However, the former Black player and coach Preko believes Ghanaians need to be patient with Akonnor.

“The sacking is too early, it’s just two games,” he said in an interview with Joy Sports.

“He has already qualified us to the AFCON and we just played two matches so why do we have to push the panic button? No, we have to take it easy.”

He also added that, sacking CK Akonnor would take us back in terms of progress.

“I know how everybody is feeling. If you sack him now and bring another coach and we don’t qualify, he will tell you his time is very short and that you need to give him time. If he doesn’t qualify are you going to sack him too? Then we’ll end up just always sacking. Let’s give him the support and benefit of the doubt. We know he can do it, we have to believe in him. Sometimes when the bashing is too much, the person gets confused, ” he concluded.

The Black Stars are third in Group G with just three points and will face Zimbabwe in their next world cup qualifier in November.