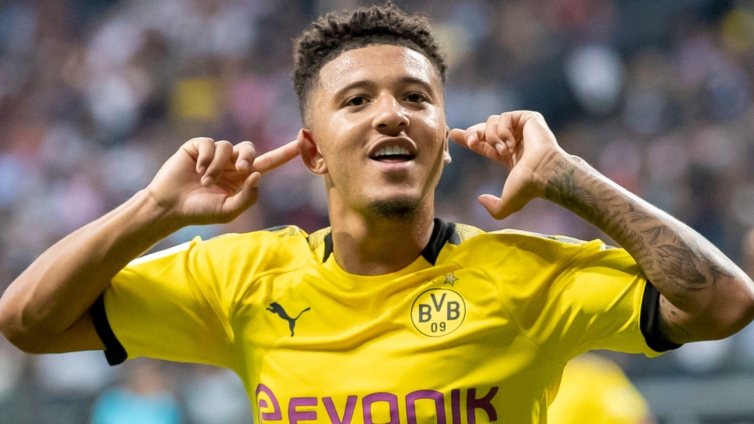 The 20-year-old has been named in the Bundesliga club’s squad for this week’s training camp in Switzerland.

It comes on the day of the deadline set by Dortmund for any deal to be agreed for Sancho, who is Manchester United’s top summer target.

“We plan on having Jadon Sancho in our team this season,” said Zorc.

“The decision is final. I think that answers all our questions.

“Last summer we adjusted Jadon’s salary to match the development of his performances. So in context, we had already extended his contract until 2023 back then.”

Sancho and England Under-17 midfielder Jude Bellingham are among 31 players to travel to Bad Ragaz.

Bellingham, 17, joined Dortmund from Championship side Birmingham City in July.

Dortmund have two matches during their training camp, against Austrian sides SCR Altach on Wednesday and Austria Vienna on Sunday.

They set the deadline for Sancho, who is under contract with them until 2022, because they want undisturbed preparation for the 2020-21 Bundesliga season.

The new campaign starts on 18 September, with the transfer deadline for international deals on 5 October.

It will be interesting to see what happens now.

I mentioned to someone at Dortmund just now that there is a feeling around United that the Bundesliga side have to sell Sancho for financial reasons.

The answer was fairly quick in coming back – “they will see”.

The news about Sancho’s contract running to 2023 underlines why Dortmund have been sticking to their guns when it came to that £100m fee, which United believe to be unrealistic.

United have been threatening to look at alternative targets. Now we might find out if they have any.

Today was an artificial deadline – the real one is on 5 October – but the positions do appear entrenched.

And the ball is currently in United’s court.