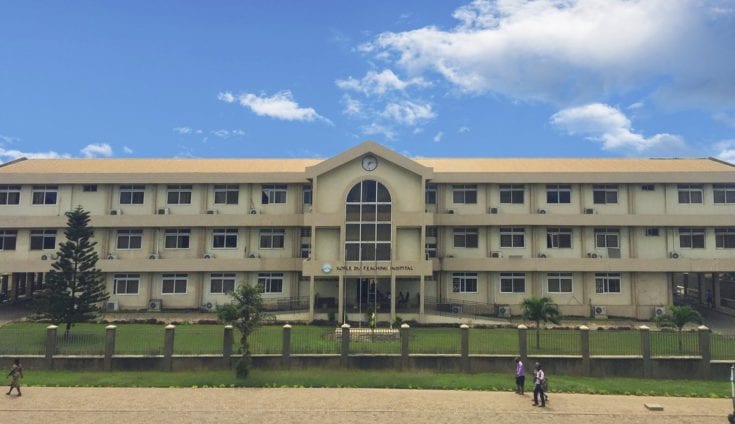 By end of June, 91 of the KBTH staff had tested positive for Covid-19

The Reproductive Health Centre at the Korle-Bu Teaching Hospital has resumed its cervical cancer screening campaign but by appointments to prevent overcrowding at the facility.

The screening, which started in January as part of the nationwide cervical cancer awareness campaign, was expected to end in June 2020.

However, it was suspended due to the three-week lockdown in Accra to contain the spread of COVID-19.

Principal Nursing Officer of the Centre, Rose Eduful in an interview has urged clients to schedule appointments to be screened.

“The same process of calling would be followed for those coming to get their test results and also a picture of the results could be sent to the client upon request.”

Ms Eduful said as part of the measures put in place by the Centre to contain the spread of COVID-19, clients were required to wear face masks, wash their hands, and use hand sanitizers.

She advised women to take advantage of the ongoing cervical cancer screening exercise; while observing the new protocols for safety.

The early detection of cervical cancer, she advised, could help in preventing the disease from reaching an advanced stage where it could be detrimental to the patient.

“So for women having the fear of the unknown as their deterrent for not screening, they should know that early detection is key to preventing the scourge of the disease,” she stated.

Cervical cancer, caused by the Humanpapilloma Virus, is the second most frequent occurring cancer in women after breast cancer, and a common cause of cancer related deaths in developing countries.

Current statistics in Ghana indicate that annually, more than 3,000 women are diagnosed with the disease and more than 2,000 die from it.

The disease is common in women and girls who are sexually active.

Deaths due to cervical cancer are projected to rise by almost 25 per cent over the next 10 years, hence the need for the campaign to allow for more screening.

Ms Eduful said the vaccination against the virus was ongoing, adding that, women could walk in at anytime to take a shot.
The screening exercise is now ¢80.00 saying, but after June it will go back to ¢150.00.