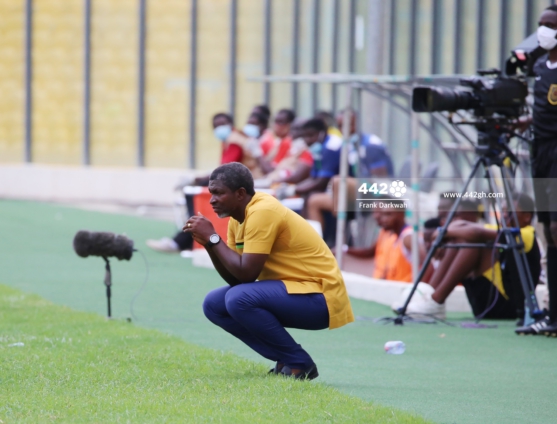 A supporters wing of Asante Kotoko, known as the National Circles Council (NCC) has resolved to end the legal impasse between the club and former Coach, Maxwell Konadu.

Headed by Christopher Damenya, Chairman of the supporters’ group, they will pay Maxwell GH¢ 160,300 while management will settle him with GH¢ 80,500 per Joy Sports’ sources.

The NCC has already made part payment of GH¢ 120,000 with the remaining GH¢ 40,300 to be paid in two tranches within the next two months, Joy Sports gathered.

The supporters decided to end the impasse between the two parties when they held a meeting with the former league winner last week Saturday before he joined them to the stadium to watch a league game involving Legon Cities at the Accra Stadium, a match Kotoko won 1-0.

Sources tell JoySports that the supporters’ leadership had a meeting with Management and communicated their decision to pay off the debt as ordered by the Ghana FA Players’ Status Committee ruling of April 1, 2021, communicated to both parties on April 20.

Demenya and his team took the responsibility of paying over $27,000 while asking management to pay the remaining $13,800, the total amount they had proposed to the former Black Stars B coach.

Management agreed to make payment on Tuesday, May 4, before releasing a statement notifying its supporters the impasse has been resolved, but it is unclear if payment has been made as there were disagreements over the content of the release which sought to suggest that, they made a ‘final payment of three months salary for terminating his contract on December 17, 2020.

Others had wanted the statement to clarify that supporters will pay the remainder, but it appears management was reluctant which led to NCC releasing a parallel statement from the club.

DISCLAIMER: The Views, Comments, Opinions, Contributions and Statements made by Readers and Contributors on this platform do not necessarily represent the views or policy of Multimedia Group Limited.
Tags:
Asante Kotoko
Kotoko supporters
Maxwell Konadu