Man, 20 arrested for attempted motorbike robbery at Agorve near Akastsi 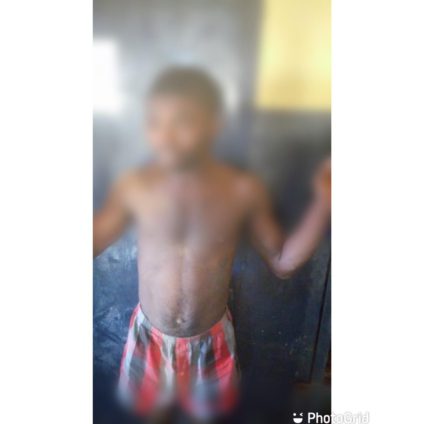 20 year old Eyram Botwe is assisting the Akatsi District Police in their investigations after he attempted to rob a Haojue Motorbike from a commercial motorbike rider at Agorve.

The suspect, a pillion rider, was arrested today Wednesday January 19, 2022 by members of the Agorve community after he poured pepper-powder into the eyes of the rider causing both suspect and the rider to fall to the ground.

The suspect tried to flee with the motorbike, abandoning the rider to his fate, but was accosted by community members who had heard the screams of the rider.

The suspect engaged the services of the rider to convey him from Akatsi to Agorve. On reaching a section of the road near the Agorve township, he carried out the nefarious act.

A shout for help by the victim attracted the community members who came to his aid and arrested the suspect.

Meanwhile these attacks per similar modus operandi have become a trend in the region with several commercial motor riders falling victim.

Following the arrest of the suspect, several motorbike riders in the area stormed the police station. They were later dispersed by the District SWAT team.

Commercial motor riders have been advised to guard against such situations.

The suspect is currently in Police custody assisting with investigation and will be put before court tomorrow.