‘Marriage is not about ministry’ – Counselor tells pastors 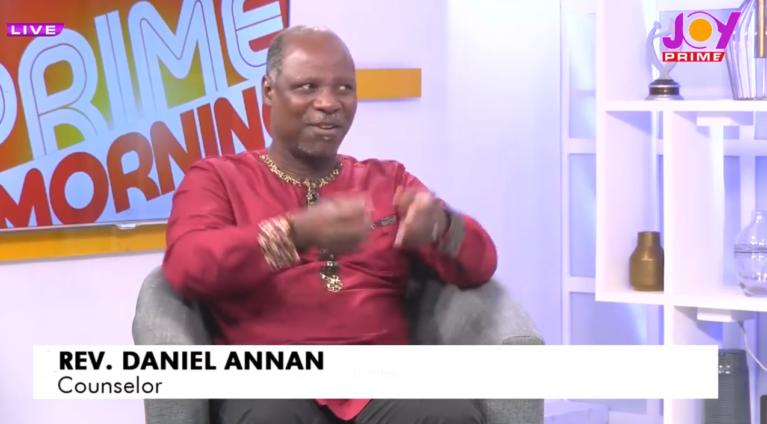 Pastor and Counselor, Rev. Daniel Annan, has cautioned pastors to make ample time for their wives as marriage is not about ministry.

According to him, most pastors ignore their wives with the excuse of doing the work of God, putting their marriage at risk.

In an interview with KMJ on Prime Morning Wednesday on the topic, “Assessing the impact of the church on marriages,” he indicated that the Bible frowns on any pastor who fails to care for his family.

“…God does not approve of it. He says that if you don’t know how to take care of your home, you’re not qualified to be my servant,” he stated.

Additionally, he said, “These are the principles: yourself first, your wife second, your family third, before the church comes. If you know this, you’ll spend quality time with your wife and kids where necessary. “

Using himself as an example, he explained that he took a break from church to take care of one of his children for some days.

“My daughter had an issue that I had to attend to. For three days, I was out. I carried her everywhere she had to go. She is my daughter. The ministry should be put on hold,” he said.

Speaking on a contribution by a viewer whose husband is a pastor but ignores her with the excuse of ministry, he said, “I was doing the same thing. I thought I was doing the work of God by not spending time with my family. I was traveling in and out. “

“Then one time I came home and my wife was not in the house. That day I realized that I was in trouble,” he added.

The Counselor entreated all pastors to live exemplary lives before the members of their various churches, saying, “we don’t preach only what we’re preaching from the pulpit, but our conduct is the greatest preaching we preach.”

Again, Rev. Daniel Annan urged married women to fit into their husbands’ way of living, admitting that a woman’s world is different from a man’s world.

DISCLAIMER: The Views, Comments, Opinions, Contributions and Statements made by Readers and Contributors on this platform do not necessarily represent the views or policy of Multimedia Group Limited.
Tags:
Joy Prime
Marriage
Prime Morning
Rev. Daniel Annan