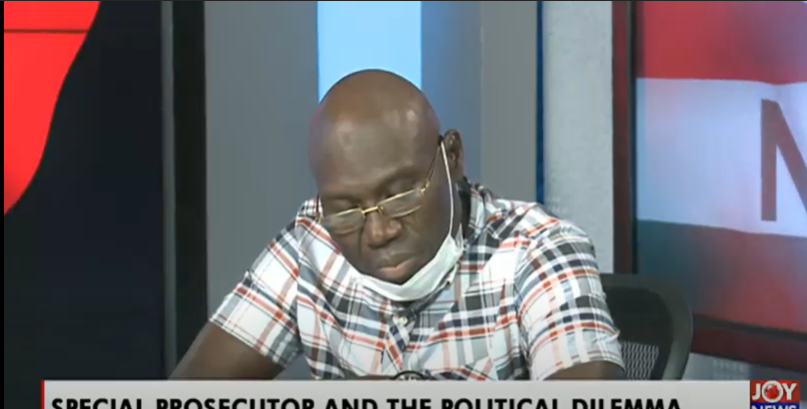 According to him, Martin Amidu’s report did not raise new concerns but only highlighted issues outlined by the opposition National Democratic Congress (NDC) and the Minority in Parliament.

Speaking to JoyNews’ Evans Mensah on PM Express, the Member of Parliament for Tamale Central said Ghanaians should not take for granted the work of the Minority since it is through “them that democracy and transparency prevail”.

“Nobody has applauded the Minority on this Agyapa deal scandal. The Minority’s voice is lost because people take it for granted the work we do. It is when the Minority stood firmly against this deal and walked out of Parliament that the issue was put on the front burner,” he said.

His comment follows an earlier assertion by the NDC that government must not only withdraw the deal but take appropriate steps to retrieve monies paid to some persons involved.

The NDC had threatened to back its demand with a series of protests and legal actions.

“The NDC, hereby, demands that President Akufo-Addo retrieves the state’s billions of cedis his government has illegally paid under the shady ‘Agyapa’ deal to Databank, which is owned by his cousin and Finance Minister, Ken Ofori Atta; African Legal Associates, which is owned by another cousin of his, Gabby Otchere Darko; and their foreign compradors, within the next 7 days.

“Failing to do so, the NDC and other like-minded progressive forces shall embark on series of protest and legal actions to ensure that every pesewa paid to these companies are refunded back to the State for nation-building.” Asiedu Nketia said.

The Agyapa Deal, which is said to be in line with the Minerals Income Investment Fund (MIIF) Act 2018 (Act 978) was passed by Parliament on August 14.

The new agreement will enable the country to use a Special Purpose Vehicle (SPV), Agyapa Royalties Limited, to secure about $1 billion to finance large infrastructural projects.

The transaction has however been met with stiff opposition from members of the NDC, some civil society organizations, and a cross-section of Ghanaians.

Subsequently, the Office of the Special Prosecutor advised the government to pull the brakes on its planned launch of an Initial Public Offer (IPO) regarding the Agyapa Royalties agreement.

According to Martin Amidu, the move was to allow his outfit the opportunity to conclude its ongoing corruption risk assessment.

After submitting the report to the Presidency on October 15, President Akufo-Addo instructed the Finance Minister to send the deal back to Parliament for further scrutiny.