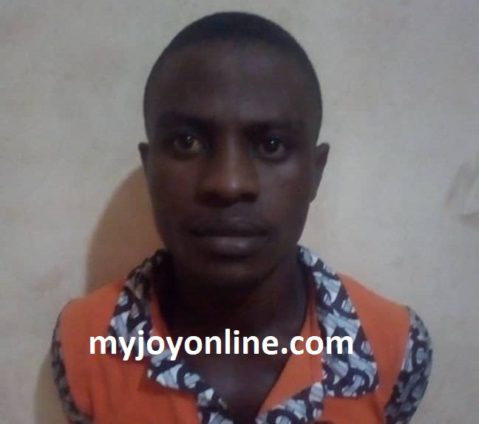 A 22-year-old small scale miner has been sentenced to 15 years imprisonment with hard labour.

Francis Gyasi, also known as Koo Fante, had denied the prosecution’s claims that he defiled his victim with his manhood.

He insisted that he rather used his fingers, stressing that there was no penetration.

But that claim did little to convince the court’s presided by Mark Diboro to hand down a 15-year jail term.

Police prosecution, led by Detective Chief Inspector Eric Twum, told the court the complainant is a poultry farmer and resident of Manso Dome-Keniago.

On October 7, at about 7:30 pm, the victim was sent by her parents to buy a pencil to do her homework.

The accused lured her into one of the market structures at Keniago and forcibly had sex with her. He then threatened the victim not to tell anyone.

At about 5 pm the following day, the complainant, who is the victim’s father, received a call from the wife to rush home because the victim was complaining of abdominal pains.

He rushed home and met his daughter wrenching in pain.

The complainant asked the victim several questions, and it was at that point the girl revealed what had happened to her.

She mentionedKoo Fante’s name and told them the miner had defiled her at Keniago Market.

A medical form was issued after a report was lodged with the Keniago police whereupon the enraged town folks captured the accused person and brought him to the police.

The prosecution said the accused, in his caution statement, admitted to the offence but explained that he used his fingers and did not penetrate her with his manhood.

He first pleaded not guilty to defilement of a female under 16 years, contrary to section 101 of the Criminal Offences Act 29 of 1960, but later changed his plea to guilty with an explanation.

After the court confronted the accused with details of the medical report, which confirmed he had unnatural carnal knowledge with the victim.

He was then sentenced to 15-years imprisonment in hard labour.