Minority calls for bipartisan probe into purchase of Sputnik vaccines 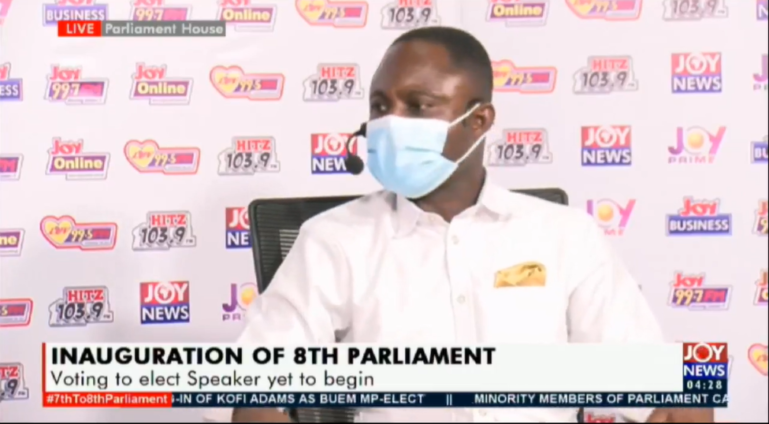 Minority in Parliament has called for a bipartisan Parliamentary probe into reports that the government is purchasing Covid -19 vaccines from Russia at almost a hundred percent of its original price.

The Ranking Member on Parliament’s Health Committee, Kwabena Mintah Akandoh who spoke to JoyNews, Tuesday, June 8, accused some state officials of exploiting the government’s fight against the pandemic.

According to him, Ghana is purchasing Sputnik vaccines that cost $10 per dose at a price of $19 per dose.

“Well I would want to satisfy myself as a ranking member and a minority group, we have to satisfy ourselves to know the truth of the matter.

His concern stems from a Norwegian Newspaper, VG report, that revealed that the Ghanaian officials are paying almost double the market price in procuring some Sputnik vaccines.

The report further revealed that the Norwegian Police is on a manhunt for one of the intermediaries who negotiated the deal on the charges of financial crime.

Meanwhile, Mr Mintah Akandoh has revealed that the Committee will summon the Health Minister, Kwaku Agyeman Manu to brief the House on the claims made by the Norwegian Newspaper.

Earlier this month, the Minister of State-designate at the Finance Ministry, Mr Charles Adu-Boahen stated that the government will spend an amount of $400 million to procure the needed vaccines to attain herd immunity.

According to Charles Adu-Boahen, the amount covers the cost of vaccines to be provided to about 70% of the Ghanaian population.

“The projection is to be able to vaccinate a total of 70% of the population, if you put the population at 30 million that means about 21 million people. On average, depending on which vaccine it is that you buy, if we even average 10 dollars per shot then 20 dollars will be, so you have 20 dollars times 21 million, I think that’s about $400 million, “he added.