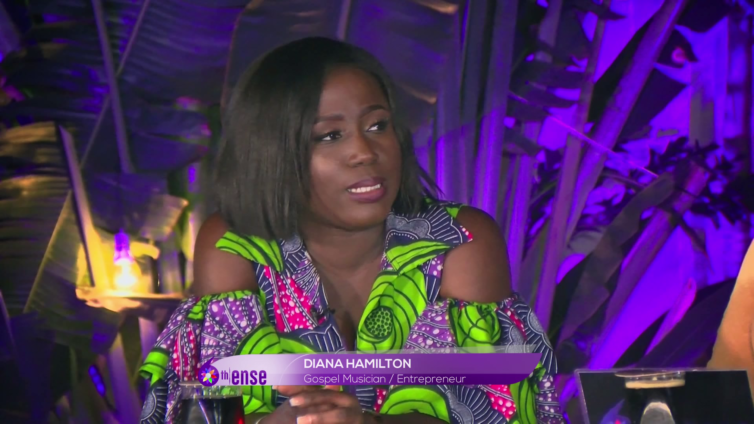 Over the years, illegitimate names, also known as ‘ghost names’ on government payroll have featured prominently in the Auditor-General’s report.

For many, these names belong to non-existent human beings and are used by the perpetrators to drain the country of its resources. But a jaw-dropping revelation by Gospel Musician, Diana Hamilton indicates that her husband’s name was once used to collect salaries in an equally non-existent hospital, by some individuals.

On Joy Prime’s newly introduced all-women talk show, 6th Sense, the ‘Adom’ hitmaker narrated that after her husband left Ghana to reside in the United Kingdom, an acquaintance listed him among workers of a ghost hospital.

She added that her husband was not the only person listed as staff, other names were also listed in the hierarchy of the hoax health facility.

“We found out that somebody he knew, had set up a ‘ghost hospital’ and filled the ‘ghost hospital’ with names and my husband’s name was listed as one of the doctors in the hospital. They were claiming the health insurance and paying all these ‘ghost names’.

“The hospital only existed on paper and it had a whole staff. And according to that hospital, my husband was on study leave and they were paying him and the money was going into someone else’s pocket,” she stated.

The Award-winning musician was contributing to the topic, ‘Plugging Ghana’s Fiscal Leaks, What Are We Not Doing Right?’

Stunned by this revelation, JoyNews’ Assisting Editor, Araba Koomson quizzed if Ghana could ever progress with such illicit behaviours.

“Why do we do these things to ourselves? And then when we are done, we say we don’t have good roads and other social amenities.”

The 6th Sense is an all-women-talk show that premiered on Sunday on Joy Prime and it airs at 6:00pm.