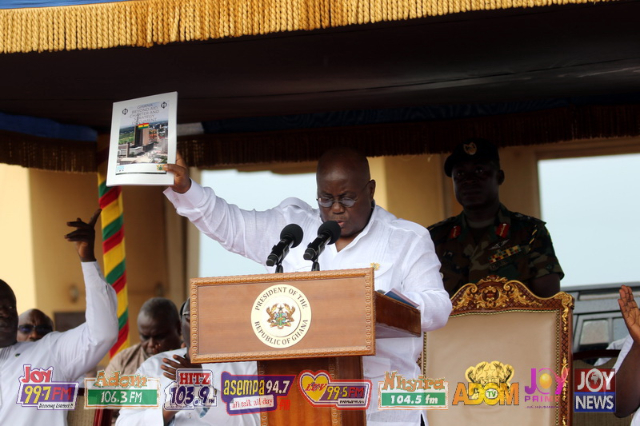 President Akufo-Addo in a group photograph with recipients of best worker awards.

CFAO workers march through some principal streets of Accra.

Some built close the banks of the lagoon

A poorly maintained drainage at Glefe

The sea defence which is still under construction

The new confluence which poses a high risk to residents of the two communities.

Some journalists at the program.

Editor of the New Times Corporation, Dave Agbenu, (middle) and other members of the GJA.

Participants at the Oracle orientation for startups in Ghana.

Mr Nhyira Addo, facilitator taking participants through some of the topics.