NDC MPs in crisis; party must control its extremists – Afenyo-Markin 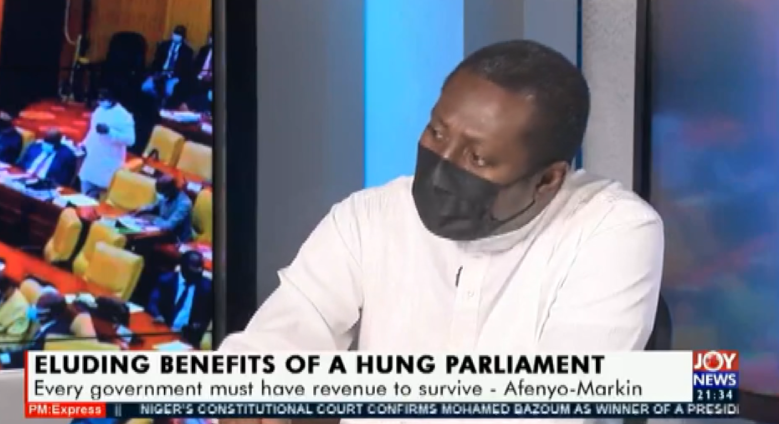 Deputy Majority Leader, Alexander Afenyo-Markin says the inability of the NDC Members of Parliament to control their foot soldiers is affecting their assertiveness on national issues.

Mr Afenyo-Markin believes the situation has plunged the Minority Caucus into a crisis and if not checked; may affect parliamentary business.

“We have to control the extremists who try to impose their views on us as politicians because it will not take us as a country anywhere and that is the crisis the NDC in parliament is having now,” he said on PM Express Monday.

According to him, the pressure from the NDC extremists has cajoled their legislators to thwart government proposed programmes and policies brought before Parliament for approval.

He said, “the extremists operating at their party headquarters are the people destroying the strength…The NDC machinery in Parliament is becoming so weak. Now they are confused because what will the foot soldiers say, how will they react?”

It may be recalled that the NDC National Communications Officer, Sammy Gyamfi, attacked the Speaker and the party’s leadership in Parliament for failing to reject three of President Akufo-Addo’s ministerial nominees whom they had earlier raised red flags about during the vetting by the Appointments Committee.

But Mr Afenyo-Markin urged the Minority MPs not to kowtow to opinions that have the potential of grinding government machinery to a halt.

He further said, the parliamentary practice over the years has been for the Minority Caucus to express its dissenting views on some issues but not to hold hostage the fortunes of the government.

The Deputy Majority Leader also expressed disappointment in the Minority for attempting to oppose the 2021 budget statement on the grounds that new taxes being introduced are insensitive and will burden individuals and businesses.

Parliament on Friday March 20, approved the financial statement following the Minority’s insistence for a head-count of MPs. After the voting, 137 MPs were in favour of approving the budget as against 134 MPs opposing the budget.