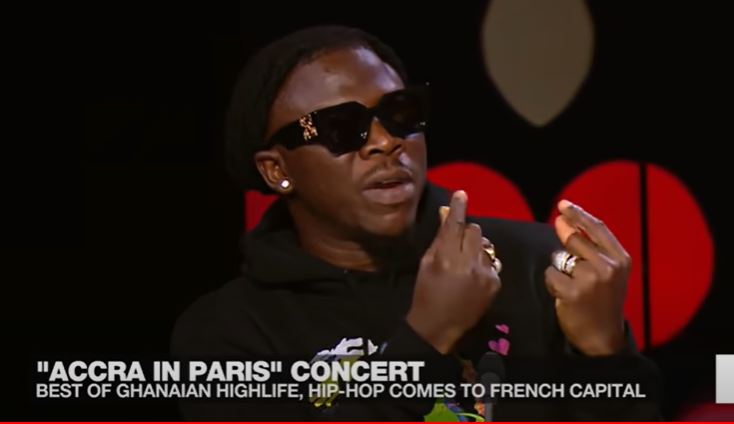 According to him, this initiative does not cater to the numerous genres of music produced in Africa.

He made this comment on the France 24 ahead of the Accra in Paris show scheduled to be held in France.

The Billboard Afrobeat Chart was introduced to provide a platform for emerging artists to win over new audiences while showcasing their talents to the world.

In collaboration with Afro Nation, Billboard, on Tuesday, March 22, announced the launch of the first-ever United States chart for Afrobeats music.

The Afrobeats Songs Chart would rank the 50 most popular Afrobeats songs in the United States. The chart was live on  Billboard.com on March 29.

The ranking was based on a weighted formula incorporating official streams on subscription and ad-supported tiers of leading audio and video music services, plus download sales from top music retailers.

This news follows the growth of Afrobeats from the shores of Africa to the world. In the past few years, the genre has yielded some of the biggest success stories of the young decade.

While lauding the move, the award-winning artiste insisted that the requirement needed to cut only favours a section of creatives.

Known in real life as Livingstone Etse Satekla, the artiste explained that many musicians depend on traditional distribution channels, which also leave a lasting impact on their audience.

🇬🇭@Stonebwoy on new @Billboard Afrobeat Chart: “I think some of the criteria they use is when u trend on TikTok & other things but some of us have come frm schools where u do the music & it lives on with people.”

“Trending might be cool bt class is imperial,” he told @FRANCE24 pic.twitter.com/Ev8brWraP5

“I think some of the criteria they use is when you trend on TikTok, but sometimes some of us are coming from schools where you just the music and the music lives with people,” he said.

However, tying their performance worldwide to social media trends may be unfair as “trending might be cool, but class is imperial.”

“So I would debate it. It’s a beautiful thing: it keeps us pushing, it keeps us adding up to the Western standard, but if you ask Stonebwoy, I will tell you that it doesn’t stop there. It didn’t even begin there, but it adds on to exposing African arts, and there are more beyond the standards that they create.

“The rules that put those songs on that chart aside that, there are actually gems hidden behind,” he pointed out.

Also on the panel was award-winning rapper Sarkodie.