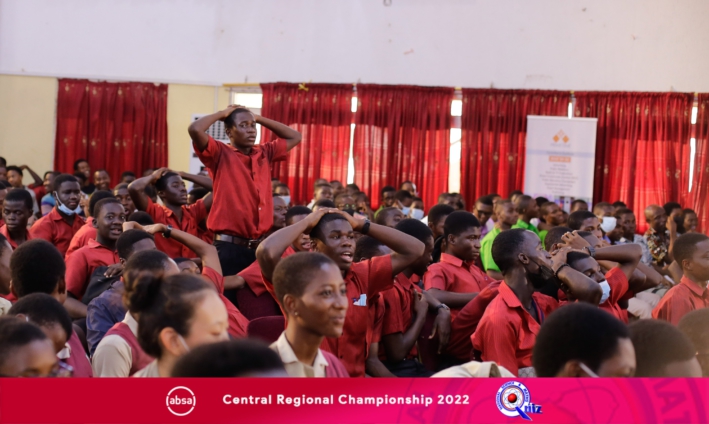 Mfantsipim School set its course to win the Central Regional Championship of the National Science and Maths Quiz (NSMQ) again in this year’s contest.

But ‘Botwe’ as the school is popularly called, could not “show working” to support this dream when the opportunity presented itself.

On Thursday, ‘Botwe’ came up against Ghana National College and Edinaman SHS to determine which school books the first slot at the finals.

It was an impressive start for Mfantsipim School. This gave hope to the many who believed ‘Botwe’ could defend their title. ‘Botwe’ led Round 1 with 20 points.

Ghana National College scored 14 points, with Edinaman SHS not far behind with 7 points.

The tide turned in favour of Ghana National College in the subsequent round. The speed race afforded the school the chance to lead with a point margin.

In Round 3, the narrative remained the same. It was still a point that gave Ghana National College the upper hand over ‘Botwe’. Things began looking gloomy for ‘Botwe’.

The defeat was agonising and all Botwe could do was to shed tears. Their zealousness had evaporated.

They scored 53 points to become the third school to lift the trophy since the inception of the regional championship in 2019.

Their closest contender, Adisadel College managed to end the competition with 35 points while University Practice SHS and Assin State College could only garner 20 and 18 points respectively.

Adisadel College came in stronger this year and won the Central Regional Championship.

DISCLAIMER: The Views, Comments, Opinions, Contributions and Statements made by Readers and Contributors on this platform do not necessarily represent the views or policy of Multimedia Group Limited.
Tags:
2022 NSMQ
Ghana National College
Mfantsipim School