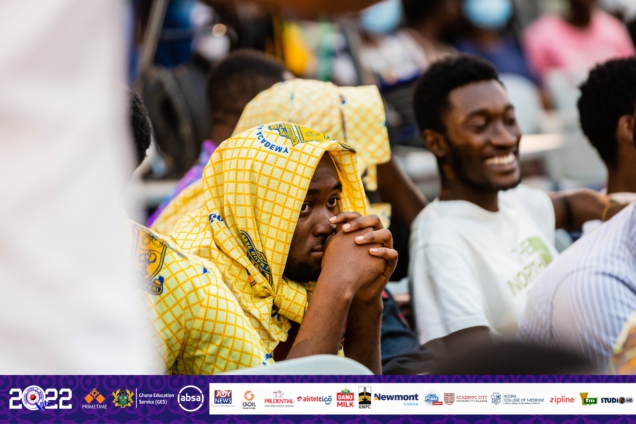 The six-time champions were billed to display their strength in the competition and they did not disappoint, leading from start to finish.

Both Accra Academy and Pope John SHS struggled to keep up with the giants from Legon, Accra who have won the competition more than any other school, with defending champions Prempeh trailing them with five titles.

Thursday evening’s contest was a foregone conclusion even before it started—evidenced by PRESEC Legon putting the tie mathematically beyond both challengers even before the final round began.

The scores at the end of Round Four stood at; PRESEC 64 points with Accra Academy trailing with 30 points and Pope John lagging behind with 26 points.

A maximum of 20 points were available to be picked up in the final round which meant PRESEC Legon might have as well allowed their challengers to attempt closing the gap to save face.

However, PRESEC who are chasing a record seventh title after a 2021 finale heartbreak pressed to kill, taking up more points in Round Five to assert their dominance.

PRESEC has thus advanced to the semifinal where they face St James seminary SHS and Kumasi High School. The 2022 NSMQ campaigns for Accra Academy and Pope John are over.

DISCLAIMER: The Views, Comments, Opinions, Contributions and Statements made by Readers and Contributors on this platform do not necessarily represent the views or policy of Multimedia Group Limited.
Tags:
Accra Academy
NSMQ
NSMQ 2022
Pope John
Presec