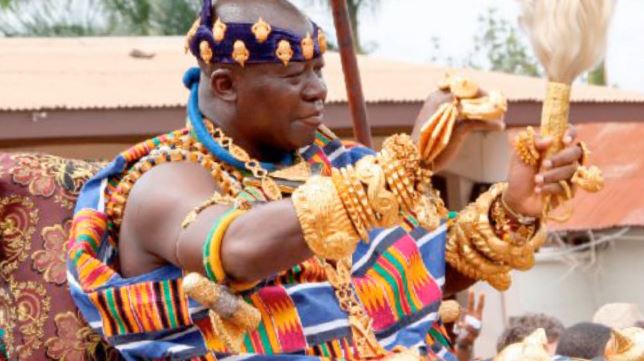 In the past few days, we have seen surface online, videos by the DormaaheneOseadeyo Agyeman Badu II and the Asantehene Otumfuo Osei Tutu II. In these videos, the two monarchs are seen stating for self-interested and seemingly motivated audiences, their versions of the history and nature of the constitutional relations between the Asantes and the Bonos of Dormaa.

For a media landscape held together in equal parts by its contradictions and its craving for sensationalism and lowest common denominator narratives, the dominant take has elevated toxic diatribes. As such, we see headlines like “Otumfuo clashes with Dormaahene” or “Dormaahene Faces Otumfour With His Full Chest”.

I have watched the videos of the Dormaahene; and now that of the Asantehene.

I have also seen the commentaries online which have quickly taken an ethnic slant and descended to insult trading. The fragility of our ethnic relations as a country is that issues that in other places give birth to fascinating legal and political analysis and research projects, become one of the insults and asinine commentary.

Strip through the noise, you will realize that what is going on is a real question of sovereignty, constitutional law and politics. And it must be analysed with the same level of intellectual dexterity and refined language we reserve for modern States. Not insults.

And so, I propose to analyse these issues both from my perspective as a constitutional and international law researcher. I do not consider myself as a person with that much experience in customary law, but I have also recently published a piece on freedom of movement under the 1992 Constitution and how it clashes with the traditional state’s authority to ban subjects.

Again, I understand that these are emotive issues for some. So, let’s please put those emotions aside for a few minutes and have a conversation as citizens committed together to our Republic.

In writing this, I take nothing for granted and no view expressed here should be taken affirming the validity or otherwise of historical claims of allegiance.

Now, it has been hard for us to associate tested ideas of political thought to these nation-states we have connived with colonial literature to call « traditional authorities ». Why? That’s the legacy of inferiority that colonization bequeathed to us.

Unfortunately, because we have superimposed a fictional concept of Ghana over existing political nations and their own relations, we have truncated how these relations could have developed and evolved naturally.

The concept of Ghana; and prior to this, the Gold Coast, conspired to freeze in time a set of prevailing political relations. For the arbitrary reason that it will make the existing nation-states easier to conquer. Post-independence politicians wanted to preserve their fragile legitimacy that only the colonial order introduced, and frequently interfered with « traditional politics ». A lot of times, they passed laws that froze in time relations between our monarchs, [who came to call chiefs] and took away the oxygen that ordinarily makes the traditional political order dynamic. They overthrew chiefs and put their own proxies there when it suited them. They created paramountcies out of nothing.

So that’s the backdrop to what we are dealing with here, and all that will surely make something which would otherwise have been quite fascinating to study and publish potentially painful to the project of the Republic. I fear also that, as is usually their approach, 4th Republican politicians will surely intervene and muddy the waters. They will weaponize ethnicity and bigotry. And by so doing; they will set back the Ghana project by decades again. No one will win.

Since I am a nobody, I am also not fit to ask any of the two Monarchs to avoid insults and toxic masculinity. But if I was, I would have asked them to display the maturity or decent language we know them capable of, if only so that it will guide their “subjects” in how they reflect on the issue.

But let’s get to the core of the issue.

If you listened to the Asantehene closely, he mentioned two things: 1. « If someone wants « fahoodi3 » what do I care? »; and 2. if you don’t want to swear allegiance to the Golden Stool, know that I have better people who do. Fahoodi3 in English means « independence ». Now think of it this way, in the same way, that Ghana became independent, what is the mechanism for achieving political independence in the « traditional » political order?

If it is to be accepted that dependence is consent-based, can we say that independence or Fahoodi3 is simply a revocation of that consent?

When I say this, I don’t ignore that there was a time when dependence was created as a result of violent political conquest. And the way to end that « dependence » and get « fahoodi3 was through war. Except, now the modern State has monopolized violence and does not allow warfare at the traditional state level.

What that means is that modern dependence or allegiance relations must be considered to be exclusively governed by consent. If so, can it be said that the people of Dormaa through their Omanhene are seeking to or have withdrawn, their allegiance to the Kumasihene?

If so, what are the traditional mechanisms for so doing? When the Asantehene says « if you don’t want to swear allegiance to the Golden Stool, know that I have better people who do. » Does that imply a concession that there is nothing that can stop the withdrawal of such consent?

But should withdrawal of consent be stopped? And if stopped, is it still consent?

And even if it is to be stopped, how will it be stopped? Are the modern law courts the place to stop it? Is that fair to the sanctity or legitimacy of the traditional political order?

What if the Asantehene turns to the access he has to the political class, by for instance calling on the President or to the Courts for this? Isn’t that introducing « foreign » intervention that distorts traditional constitutional relations? And if he sought aid in those foreign sources, will his authority still be traditional or propped up only by the State?

These are questions I hope we can reflect on dispassionately. If you are not able to, there is no reason to comment on this post.

Anyway, so the real question is this, apart from war, what are the mechanisms through which the Dormaahene can withdraw allegiance to the Asantehene in the traditional political and legal order?

What is your take? Because for my part, I find it fascinating! This is after all the cicatrice of a colonial trauma we refuse to adequately come to terms with as a society; be it legally, politically or socio-culturally.