One dead, 8 injured in 3 separate accidents in Central Region 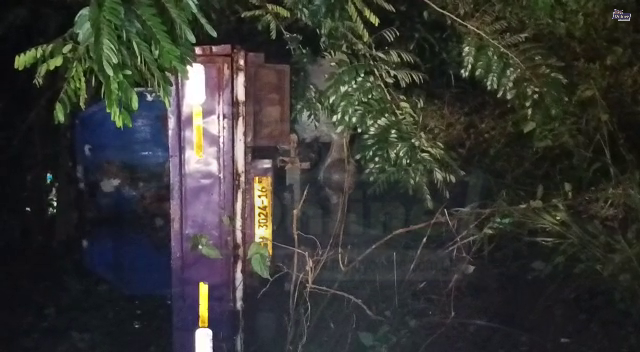 One person has been confirmed dead, while eight others have sustained various degrees of injuries in three separate accidents in the Central region.

The incidents all happened when the victims were returning from different beach resorts after the Easter Monday celebrations.

Adom News’ Kofi Adjei reported that the first accident occurred after a motorbike had a head-on collision with a taxi on the Winneba road.

According to the Police, the motorbiker died instantly, leaving two persons seriously injured.

A few hours later, a second accident was recorded at Gomoa Potsin.

A Toyota salon car and a pickup car run into each other, leaving two others injured.

Later in the day, three persons returning from Gomoa Fetteh Beach seriously got injured after the driver lost control of his car and ran into a ditch.

According to eyewitnesses, the driver of a water tanker truck with registration number GW 3024-16 got furious over the careless driving of the driver of the taxi and decided to chase him.

During the pursuit, his vehicle veered off the road and fell into a ditch on the side of the road, injuring three of the commuters who were returning from the beach.

Meanwhile, victims of the Gomoa Mampong accident have been sent to the Winneba Trauma Hospital, while the other victims have been taken to nearby health facilities.