Qatar 2022: I am playing to the instructions of the head coach – Thomas Partey 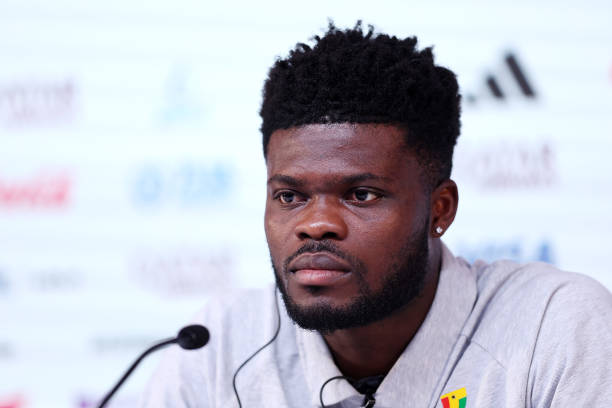 Despite calls for Thomas Partey to carry the Black Stars on his shoulders, the team’s vice-captain says he is only doing what the head coach has asked him to do on the pitch.

Partey has come under strong criticism for his performances for the national team since the start of the 2022 FIFA World Cup.

Some have gone to the extreme of saying the midfielder has not been committed to the Black Stars as he has done for Arsenal who are top of the English Premier League table.

However, the Arsenal star says he knows people expect a lot from him but he has only been asked to do what is best for the team.

“Most people will surely expect more from me, but we are playing as a team,” he told the media during the press conference ahead of Ghana’s game against Uruguay.

“I listen to the coach and look to do what he has asked me to correctly so that he will be happy.

“In the end you know you can do something better, but you need to stick to what the team wants and not the individual.

The midfielder will look to regain the hearts of Ghanaians once again when the Black Stars play Uruguay at the Al Janoub Stadium on Friday, December 2.

DISCLAIMER: The Views, Comments, Opinions, Contributions and Statements made by Readers and Contributors on this platform do not necessarily represent the views or policy of Multimedia Group Limited.
Tags:
Black Stars
Thomas Partey
Uruguay
World Cup