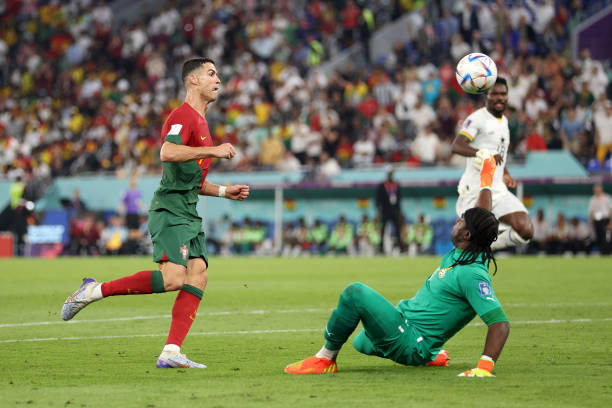 Ati-Zigi was handed the first-choice role ahead of the tournament following injuries to Jojo Wollacott and Richard Ofori, ruling them out of the competition.

In the two games against Portugal and South Korea, the shot-stopper has been crucial for the Black Stars and has kept hopes alive ahead of the final group game against Uruguay.

‘’I think it’s been a great tournament up to this point for him, he really did well especially in the last game, he had some great saves,’’ Addo told the GFA Media.

‘’We knew before that the goalkeepers we have are almost all on the same level so it was very, very sad when we got the news that Joseph Wollacott and Richard Ofori were not able to come due to injuries.”

‘’But on the other hand, we were surely confident that we have other goalkeepers like Ati Zigi, Manaf Nurudeen and also Danlad Ibrahim who are really doing well in training and Zigi obviously playing very, very, good,” he added.

Ati-Zigi will hope his qualities will be key on Friday at the Al Janoub Stadium when Ghana take on Uruguay in the final Group H game.

DISCLAIMER: The Views, Comments, Opinions, Contributions and Statements made by Readers and Contributors on this platform do not necessarily represent the views or policy of Multimedia Group Limited.
Tags:
Black Stars
Lawrence Ati-Zigi
Lawrence Baidoo
otto addo
World Cup